Visit Liverpool with me

It’s famously the birthplace of Beatles, the home of UK no. 1s, the European Capital of Culture 2018 and the site of the ‘Three Graces’ buildings that line the World Heritage Site on the waterfront. Not yet ticked Liverpool off your bucket list? This might change your mind.

With such a rich culture (did I mention the music heritage?) including its brilliant museum offering and the fact that it has more listed buildings than any other city outside London, Liverpool had always been up there on my ‘places to visit in England’ list. I knew that my boyfriend, who I can barely tear away from his piano, would be keen and so I plotted to take him there on a surprise trip for his birthday.

END_OF_DOCUMENT_TOKEN_TO_BE_REPLACED

No plans are the best plans

2 weekends ago, I invited my Mum to meet me in north London with nothing but an overnight suitcase and her adventure face on.

All I’d told her was that she’d have to drive a few hours over the weekend but that our discoveries along the way would make it more than worth the effort. With a car hired and a bed for the night covered, it was time for an adventure! END_OF_DOCUMENT_TOKEN_TO_BE_REPLACED 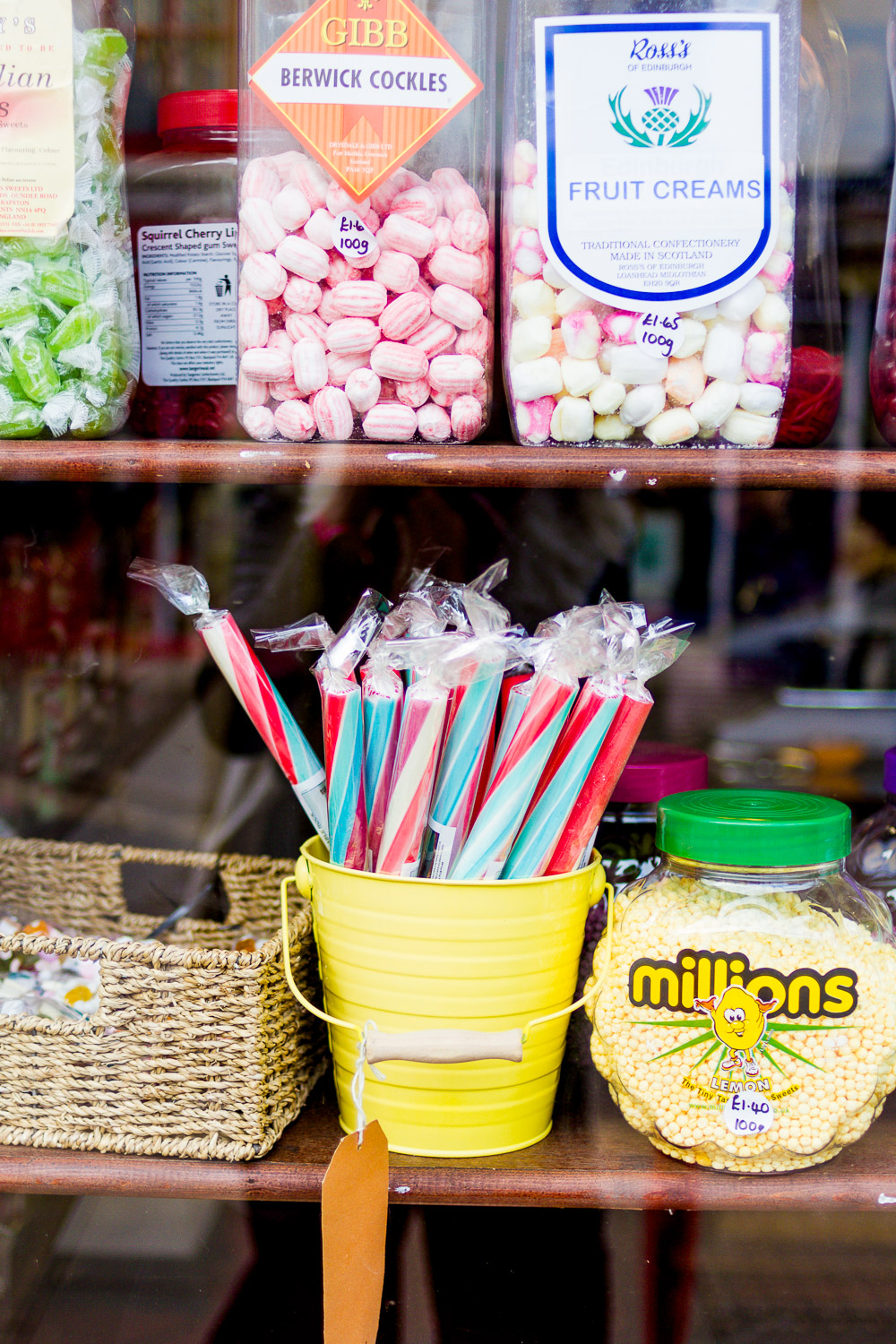 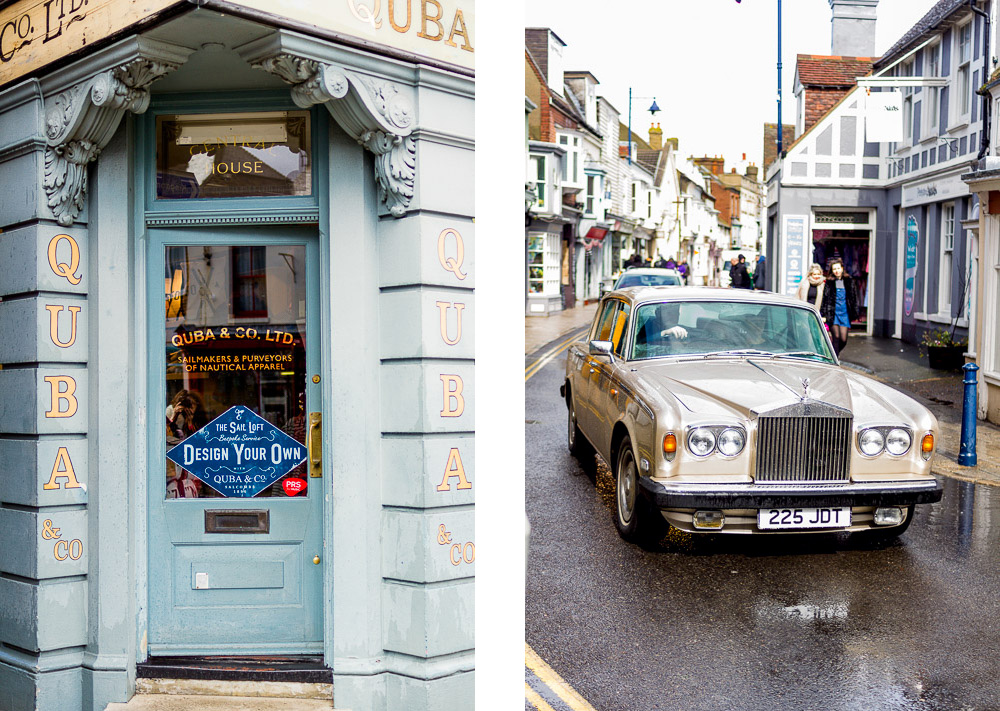 Now that Spring is supposedly in full swing, it’s time to start planning those weekend day trips. I’d gotten the bug since weekending in the city of Manchester so next up, to mix things up a little, I took to the coast by way of Whitstable.

Not too far from its jazzy sister Margate, Whitstable stands for your classic retro seaside destination. I might not have thought to go if it hadn’t been for the dolls at Betty Magazine urging me to discover it (they were also mostly responsible for said trip to Margy and will be for foreseeable excursions in the future).

Whitstable is a calm harbour town founded on fishing and now making its name for its creative community, kitsch shops and community spirit. Pop into local pub The Duke in the afternoon and you might yourself having a jig with a local whilst a band jams on stage.

END_OF_DOCUMENT_TOKEN_TO_BE_REPLACED

One of my general life resolutions is to educate myself more about this island I live on. So when a long weekend between jobs came free, I hopped on a quick 2 hour train from LDN to Manchester to discover the city that everyone holds dear.

My boyf and I stayed in this lovely spacious Air bnb (as always) and it proved to be the perfect location for our ambles around the creative Northern Quarter. With lots of close streets, Manchester is the perfect city to get lost in and discover for yourselves. We fell into the Craft and Design Centre by accident (photo of the artists studios below) and came across more restaurants we loved the look of than we could ever have hot dinners. #GreedyPeopleIssues

On the evening we stayed in the city, we drank craft beers in a ‘tasting room’ basement and then popped to a jazz gig next door. Here are a couple of the favourite places we ate, shopped and drank in that are worth putting on your list. Then see where the night takes you!

END_OF_DOCUMENT_TOKEN_TO_BE_REPLACED 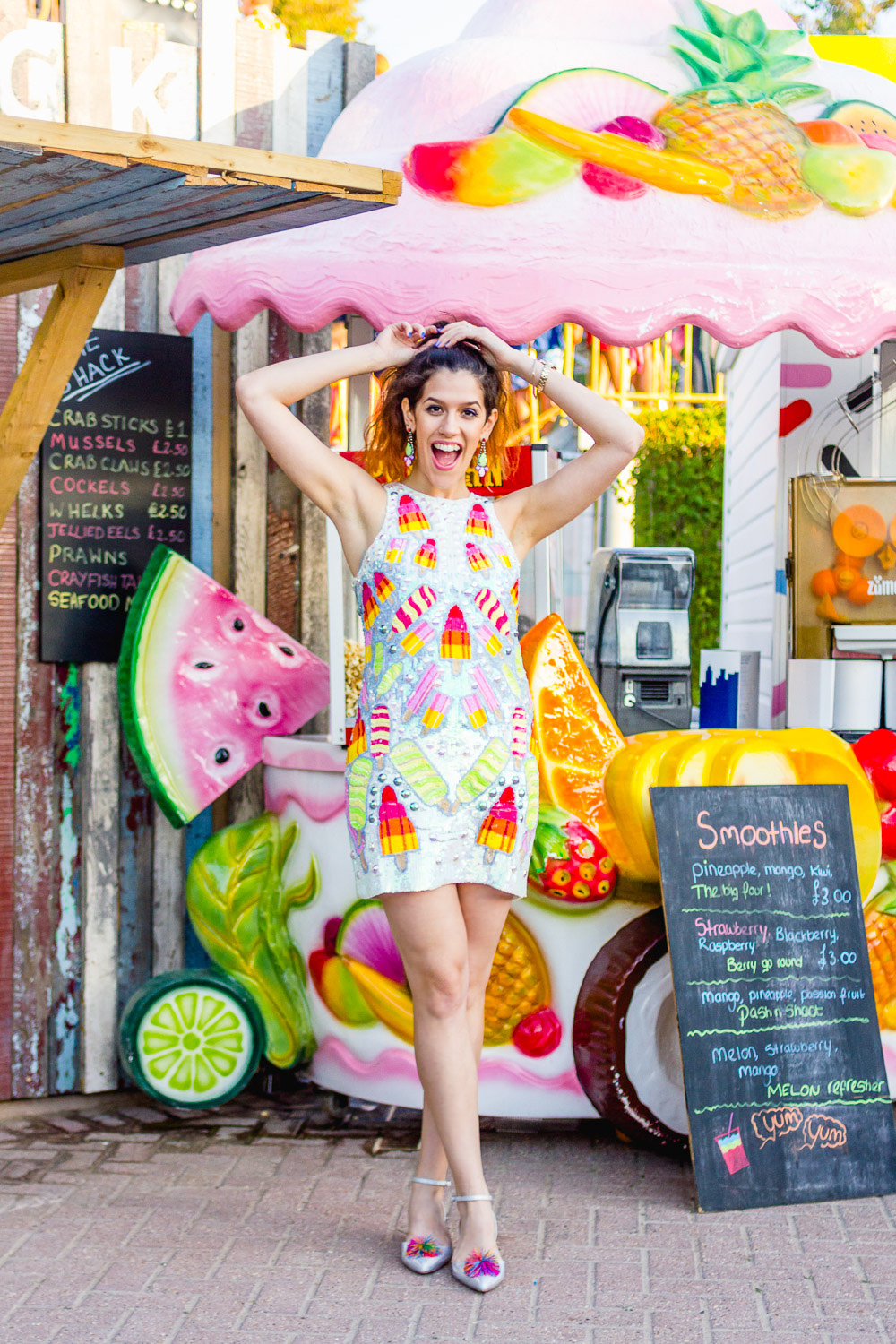 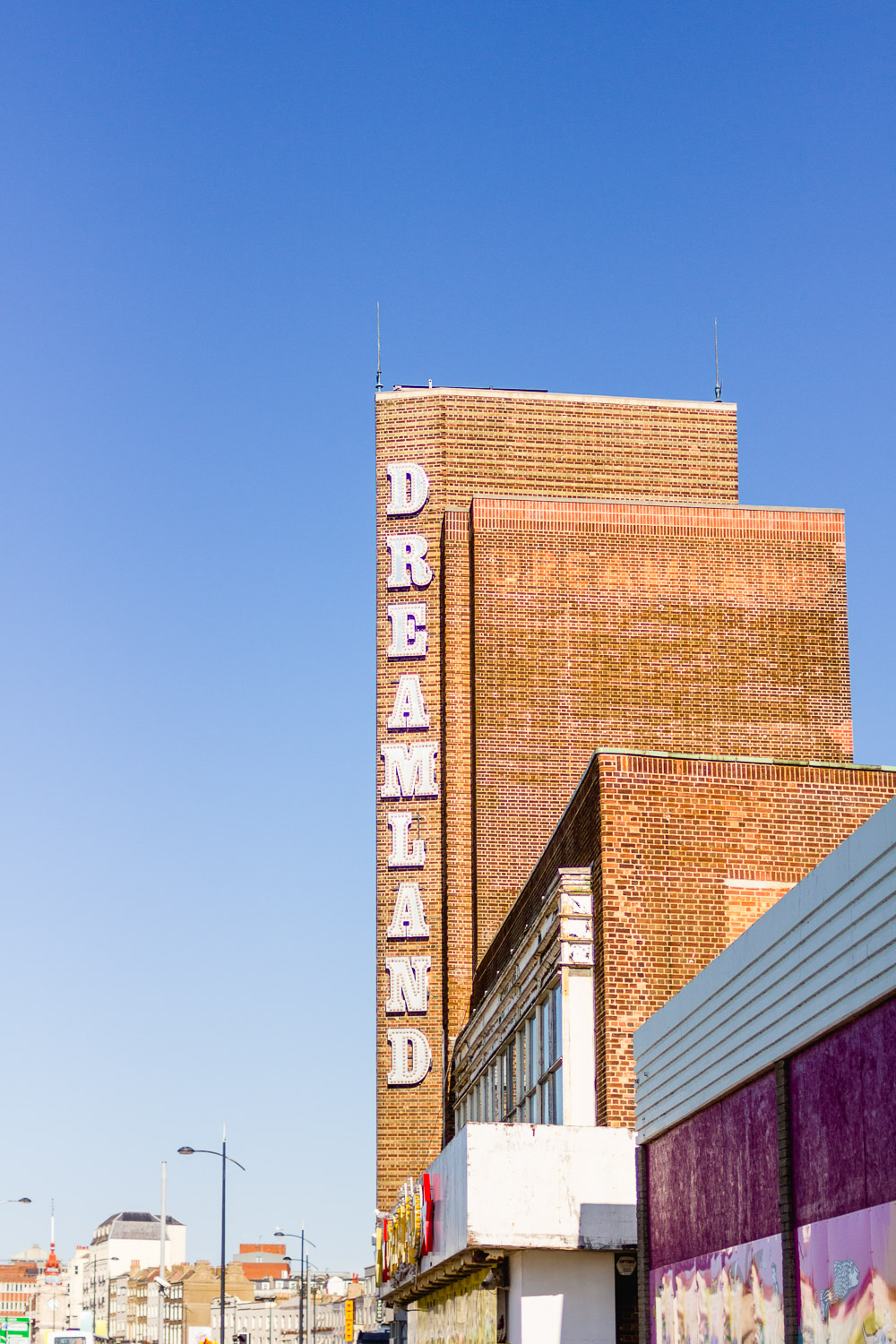 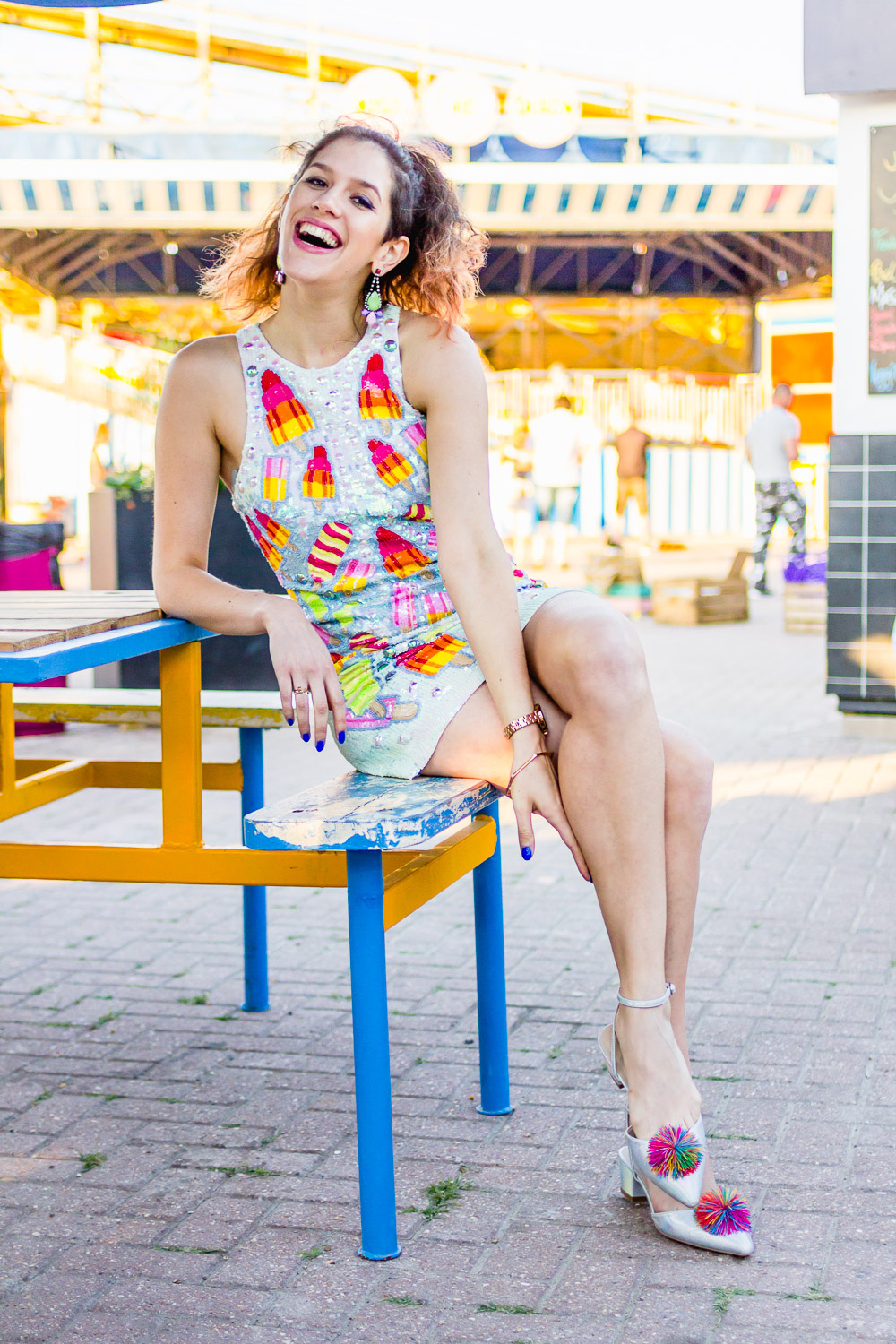 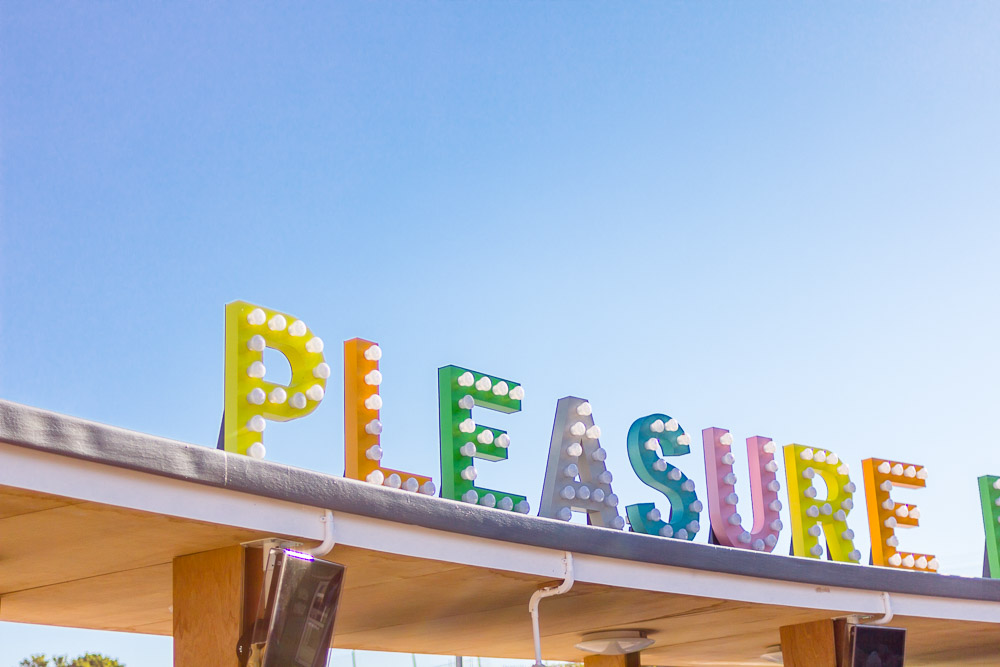 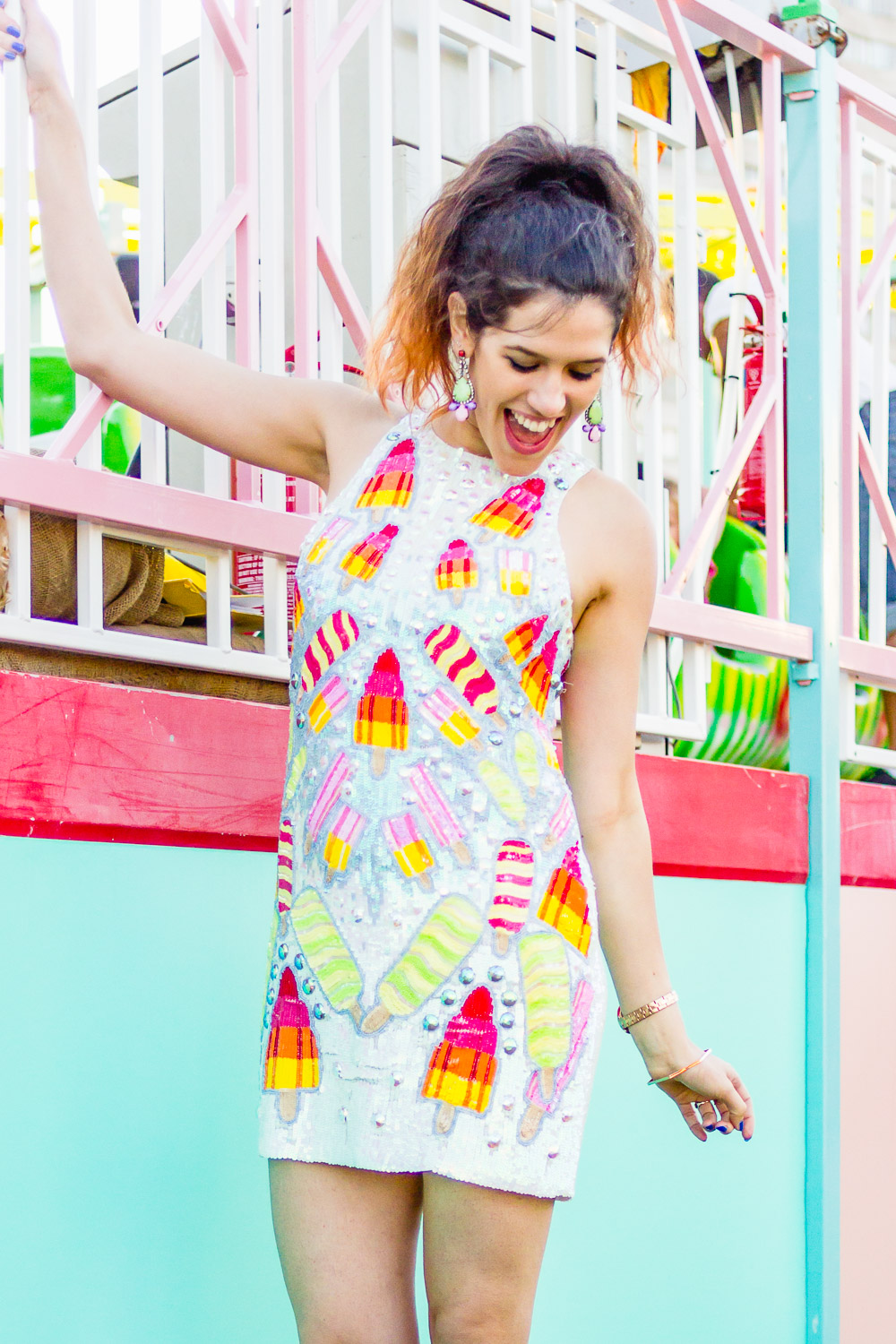 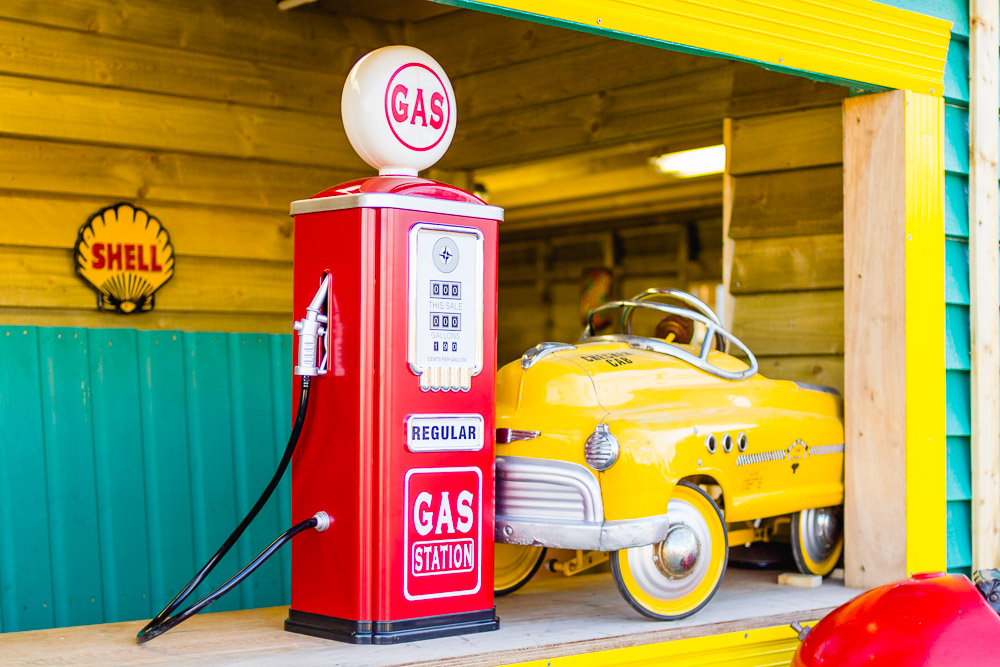 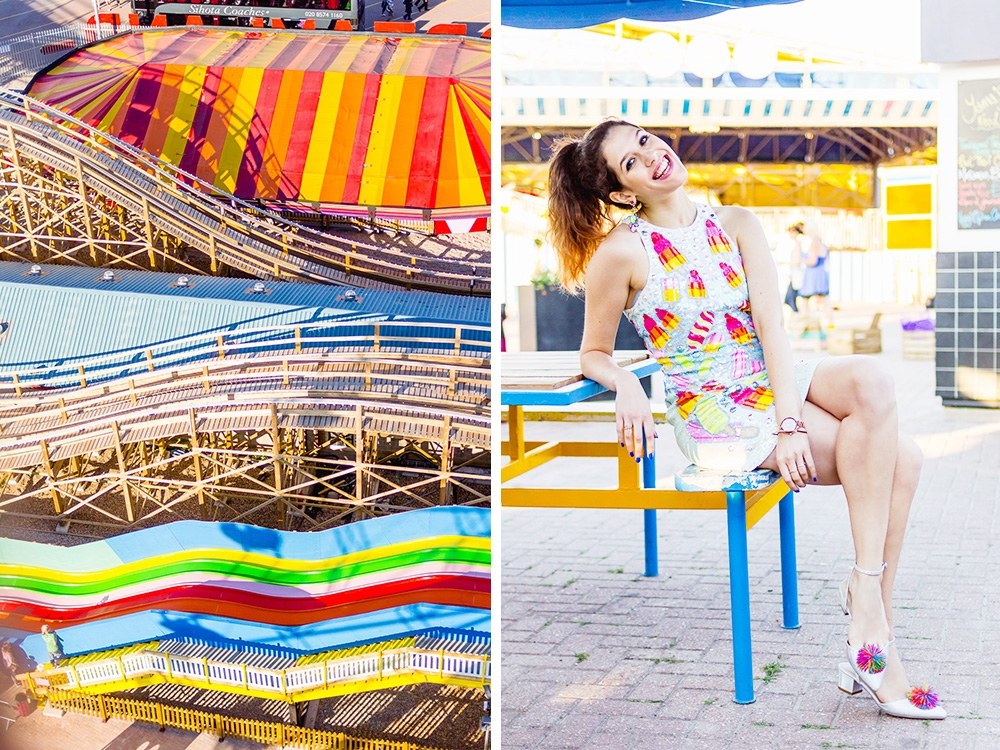 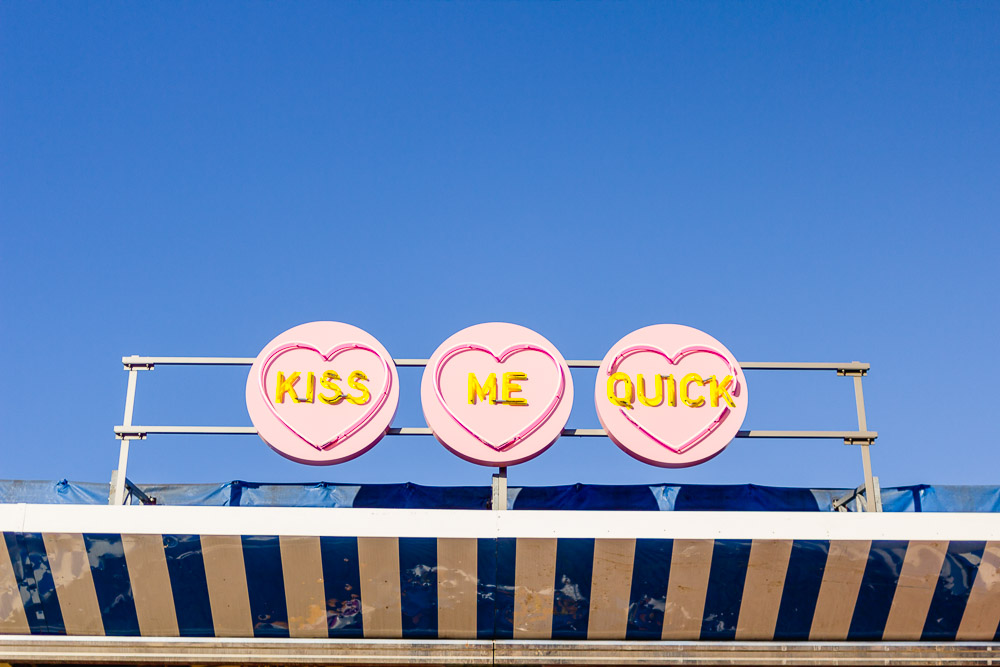 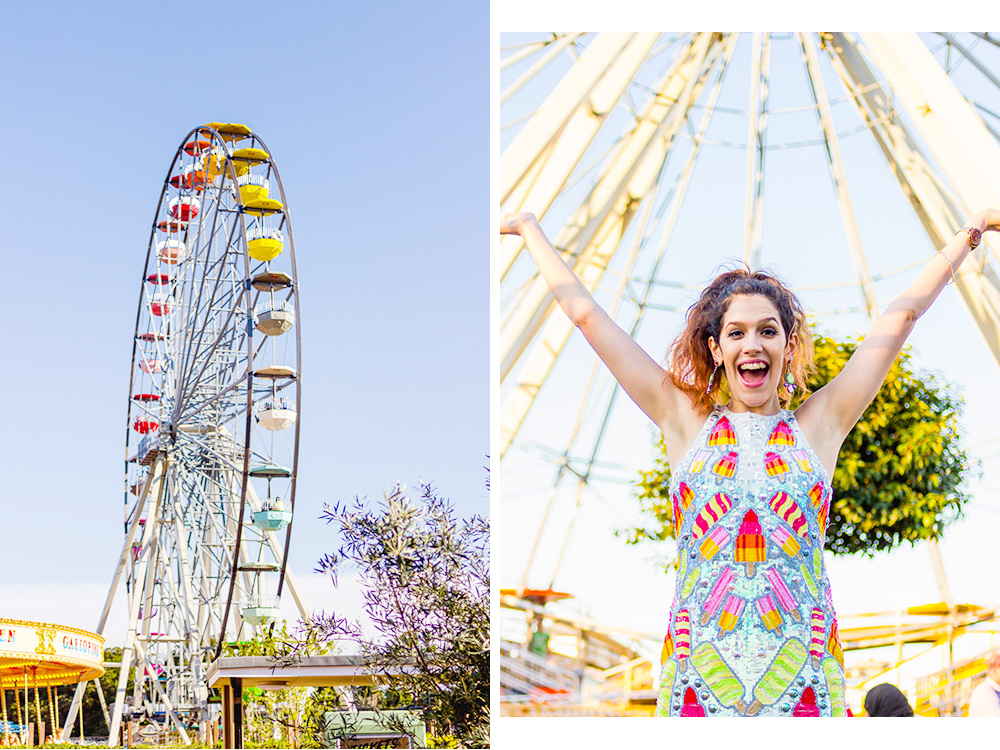 I Scream for Ice Cream!

Put the word ‘Dreamland‘ in your next available Saturday date in your diary because you WILL want to go. If you haven’t heard about it, it’s a colourful themepark or ‘pleasurepark’ with a modern spin on retro iconography. Tracey Emin herself lent a hand to help The Hemmingways (of Red or Dead fame) with the creative direction of the new Dreamland, pulling the rides up from near destruction in 2013.

In it’s earliest incarnation in 1860, the site served as a ballroom but grew to encompass a zoo, miniature railway and hosted gigs by anyone worth name-dropping. It became one of the top 10 attractions in the UK but as with all good things, went downhill and so Dreamland started to sink in the 2000’s. Fast-forward past a couple of years of very hard work and some pretty clever copy writing and on point design, Dreamland 2.0 is open!

There are still lots of rides yet to open but going now means you’re likely to get in early on the action before your friends. Don’t worry, there’s still plenty to do there including a roller disco, cinema screenings and events. The best time to go? On a warm, clear day in the evening. Not only are tickets slightly cheaper but if you time it right you can be watching the sunset over the sea and reminiscing about the Golden Age. Good times. 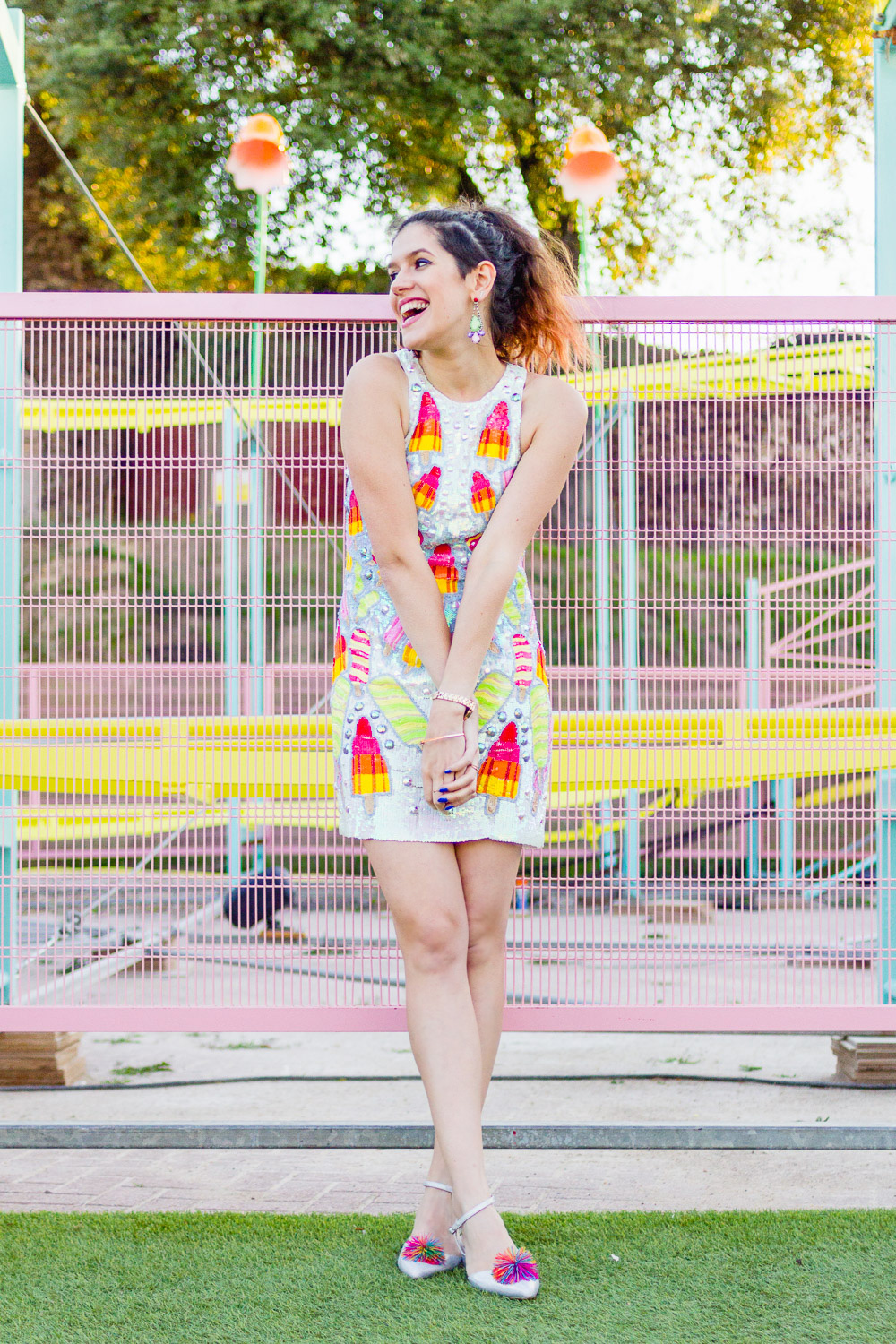 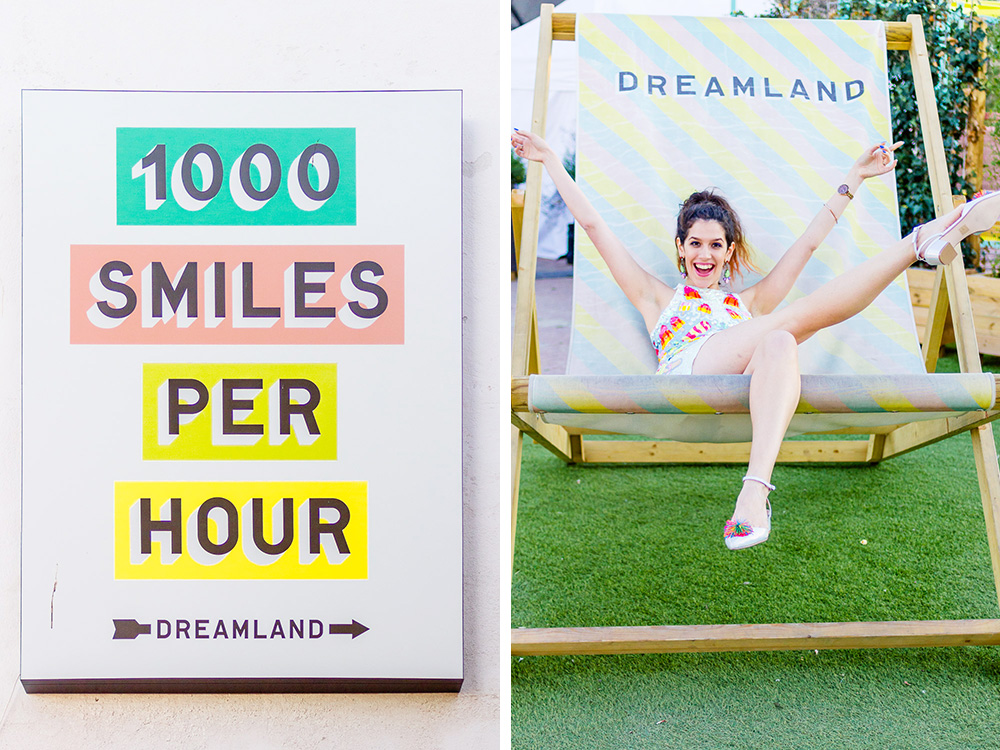 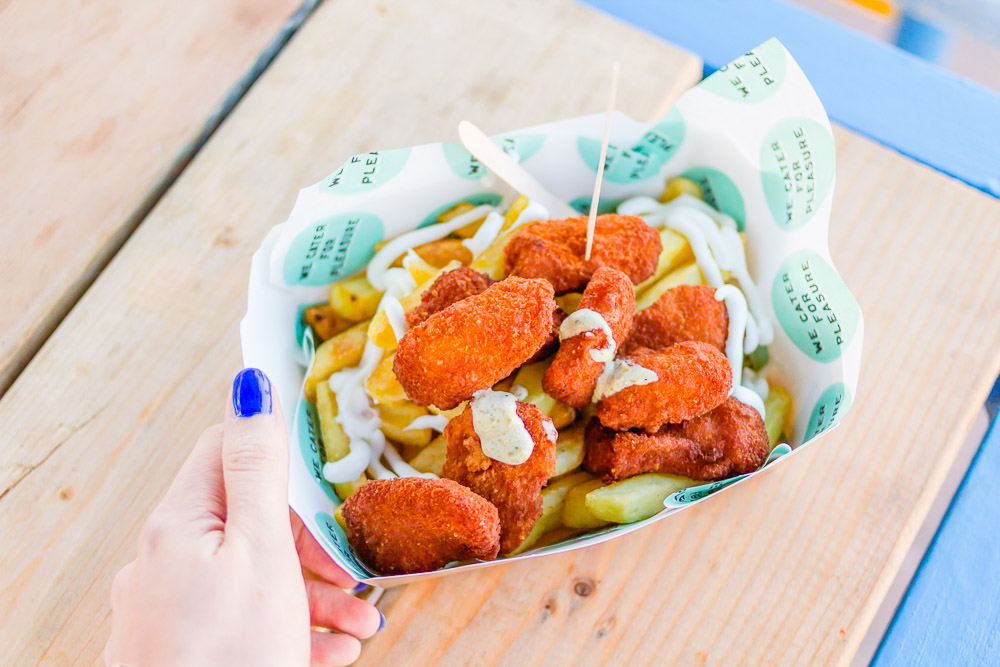 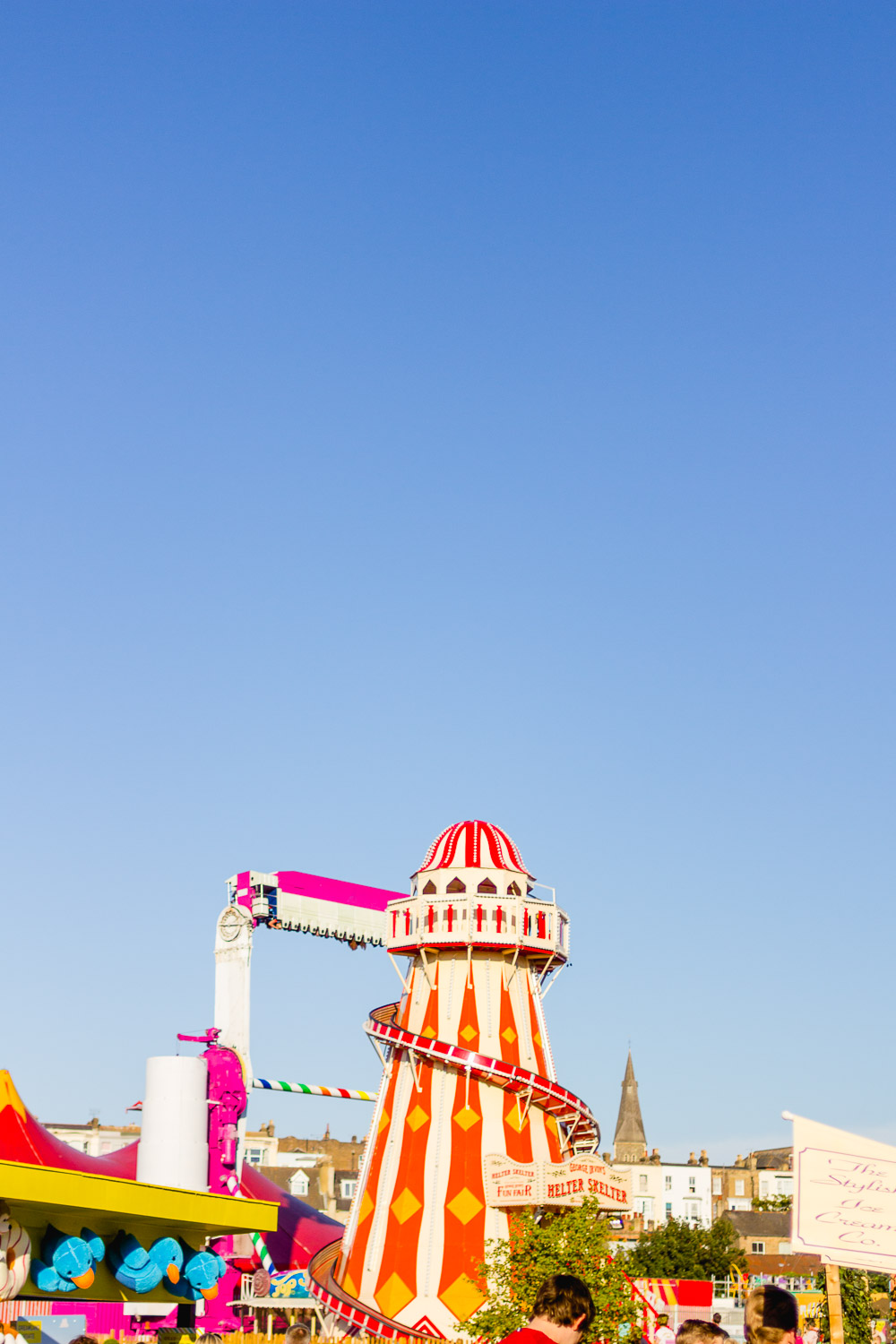 So what to wear to one of Englands’ coolest new destinations where the puns are cheekier than Dame Edna nabbing a Nandos? A stand-out Walls x ASOS sequin dress and pom pom shoes of course! (Actually don’t, it’s really not that practical an outfit but it WILL look good.)

Because matching is the super-in right now, I brought my fave Biscuiteers biscuits along for the ride (literally.) Aren’t they adorable? Now someone pass me a Twister and long live the British summer! 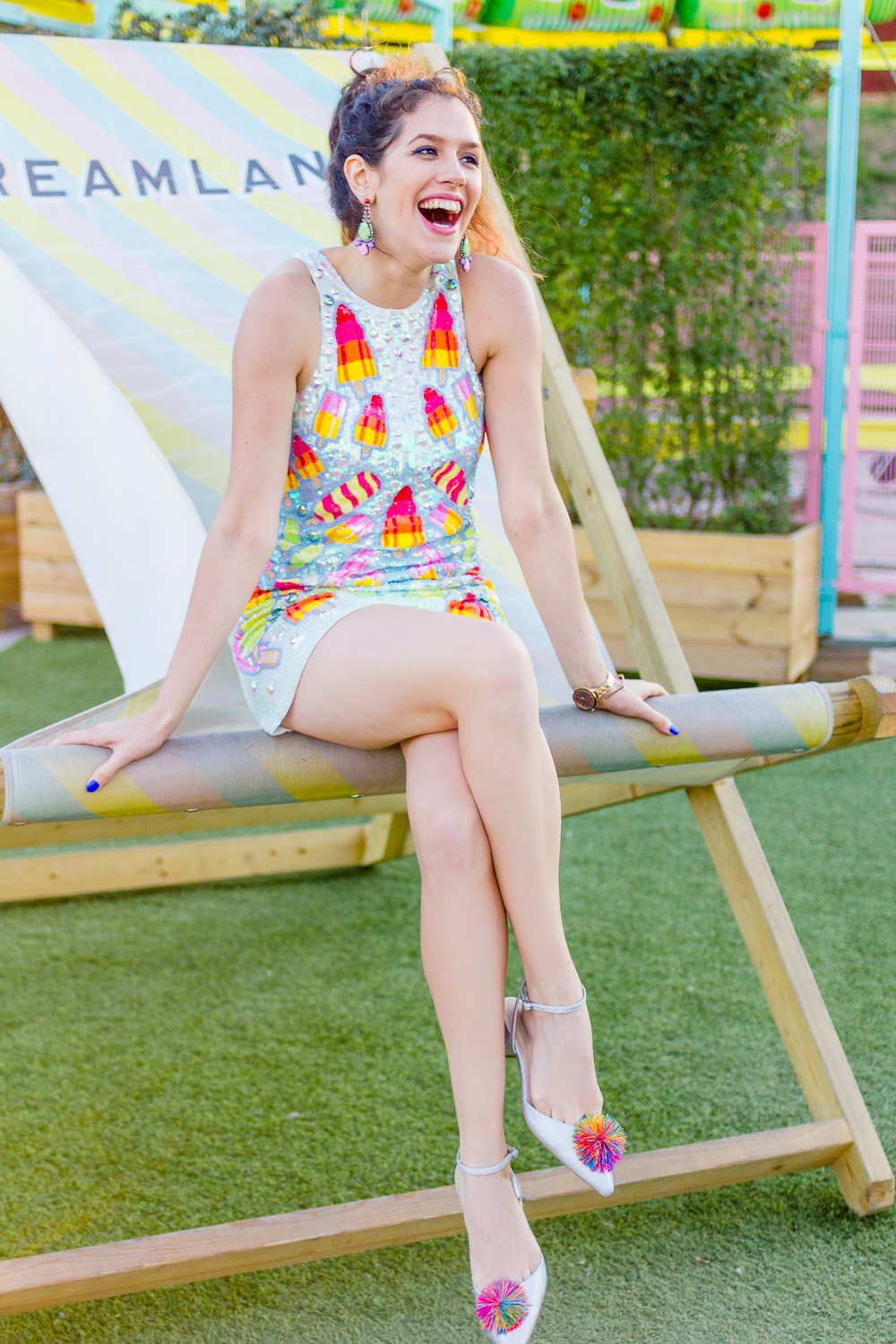 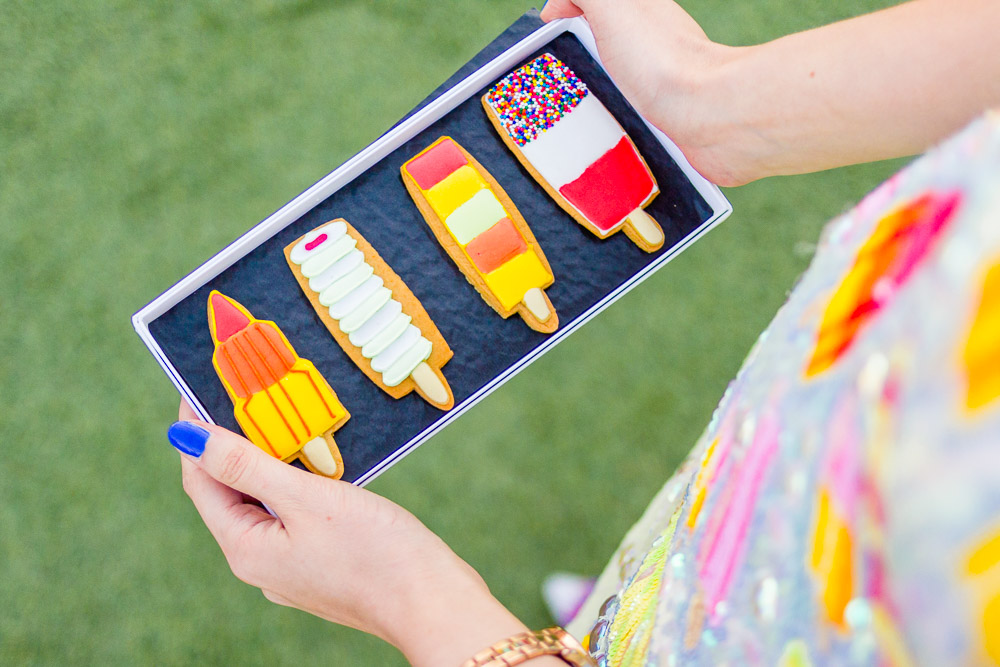 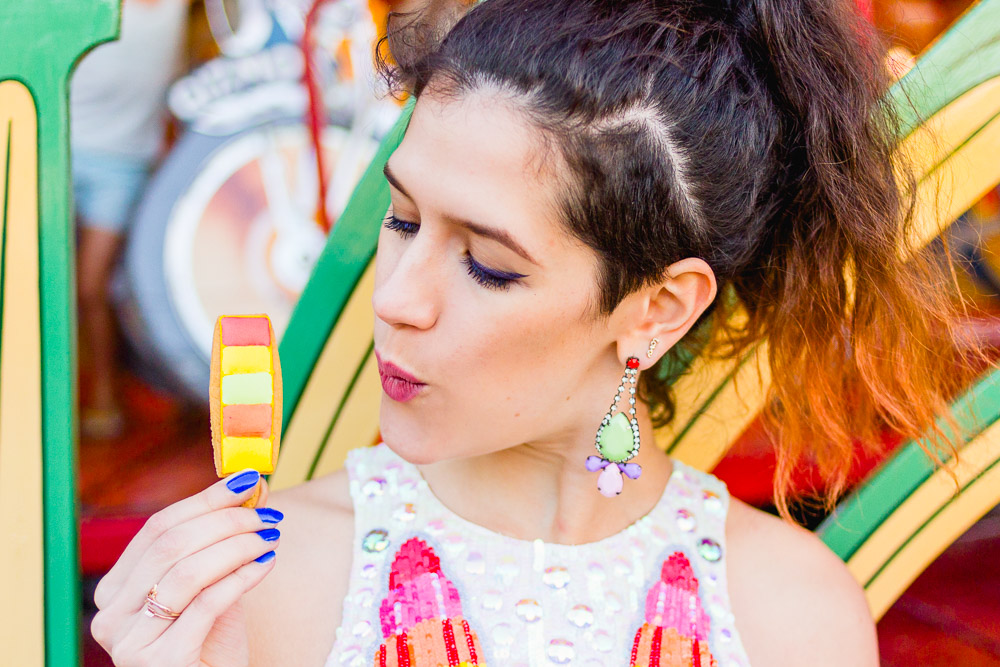 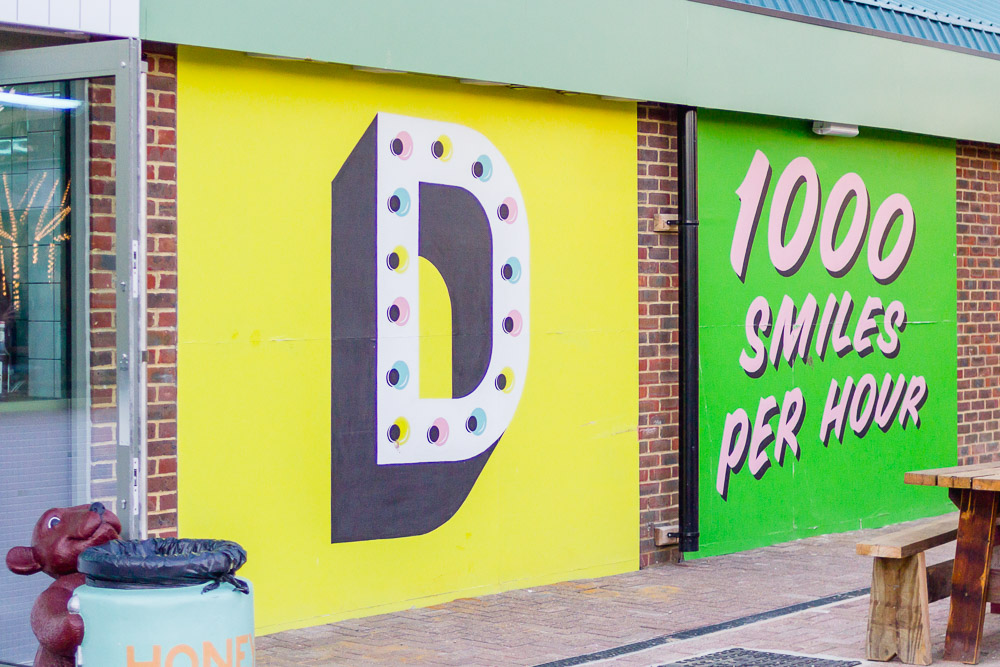 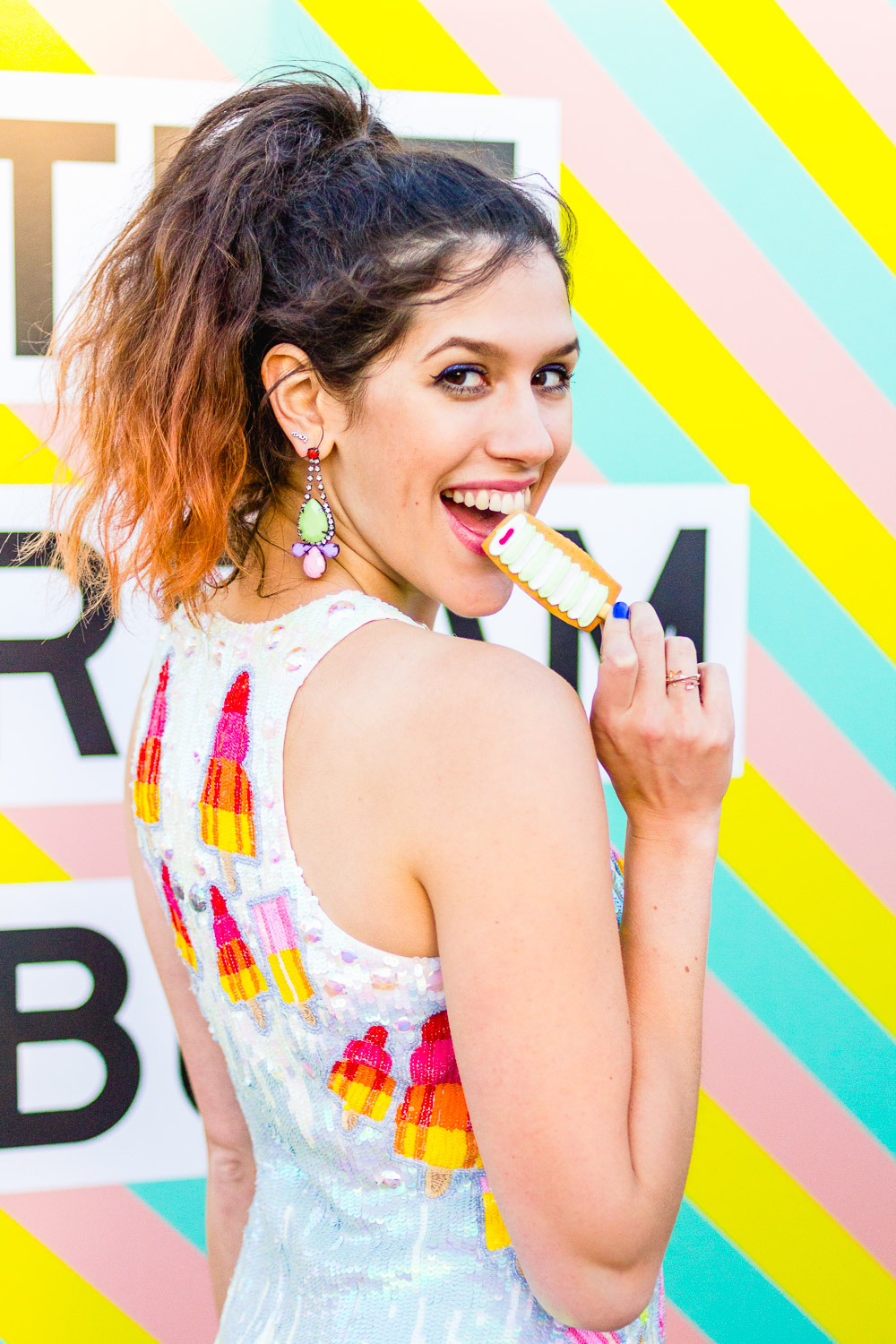 What I Wore at Dreamland: