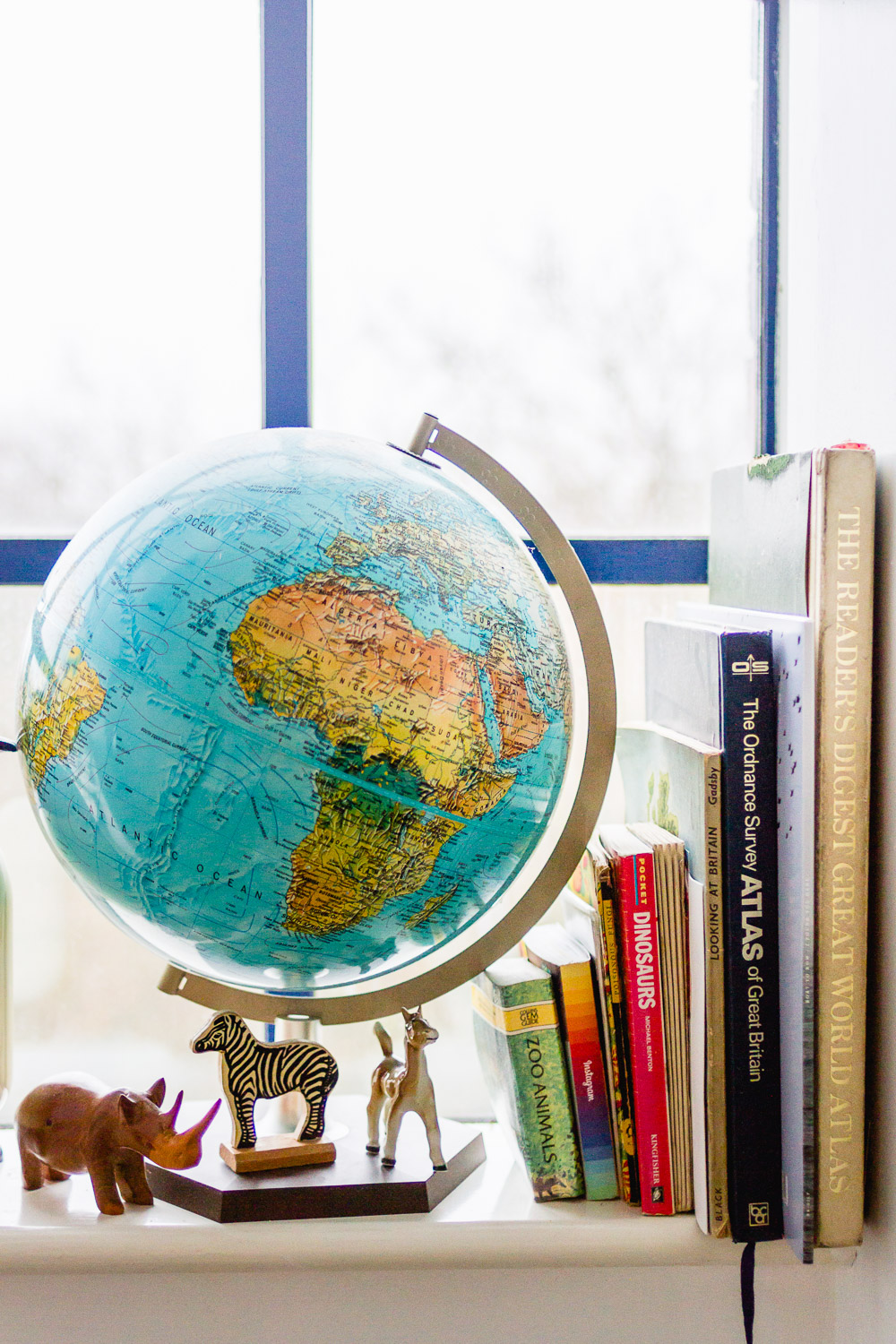 I met 31 year old jewellery designer and lifestyle blogger Sophie last year on a Blogger trip to Fuerteventura in the Canary Islands. We had seats next to each other on the flight and were neighbours in our accommodation so it wasn’t surprising that my constant presence would force us to bond at some point. My neediness was kindly catered to and Sophie obliged to being my friend, even to the extent of whatsapping after the trip. What a gal!

Yearning to be reunited with my Canarian pal once back in Blighty, I set off on a 1.5 hr train to Birmingham! Sophie kindly invited me to stay in her apartment which she shares with her her two Guiney-pigs and friendly boyfriend Jack, a photographer and vlogger who’s well dressed with ‘a stupid haircut.’ It’s a bowl cut, if you’re interested.

He’s 27 and born and bred in Brum and together they live in the Jewellery Quarter, a slice within Birminghams’ ring road to the North West of the city center. They describe as ‘the best area.’ And, well, it pretty much is! 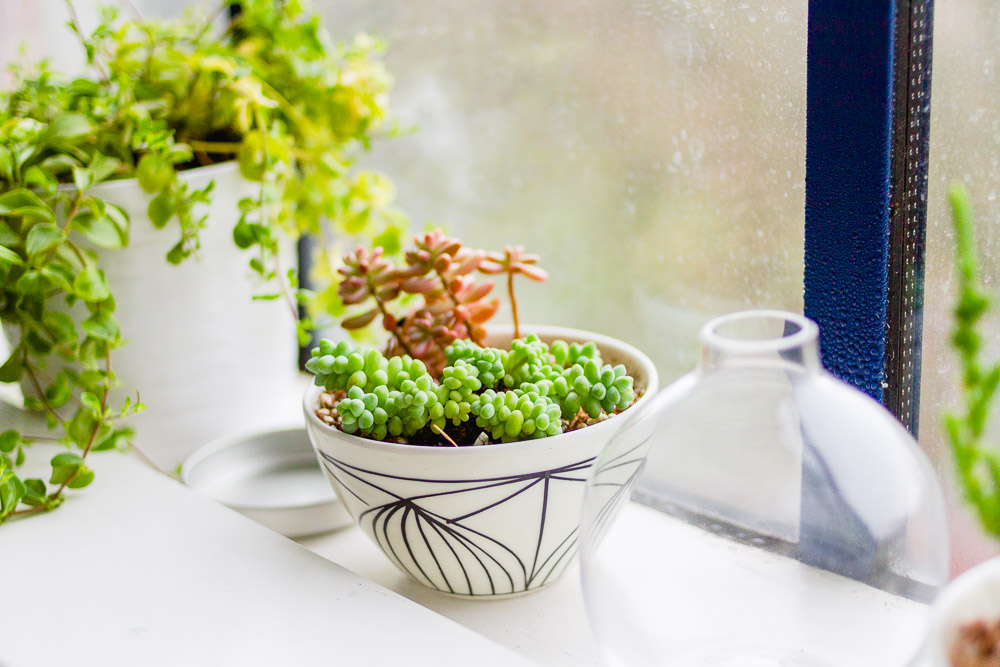 Jack explains of their location; “We chose this area because it’s really nice with lots of old buildings. In the past, there were only jewellery shops but the area is quite up and coming now. In the past 4 years, good things have opened here like artisan bakeries and pubs. Living here is a sweet deal. It’s really close to town, just a 20 minute walk and we get to have a studio and an apartment in the same building!”

This, it’s clear is what makes it for Sophie. “I have a 2 minute commute to work, I only have to walk downstairs! Birmingham is a place where things happen and it’s really creative. I moved here to live with Jack and at the same time I quit my job and went full time so it’s a really exciting place for me.” 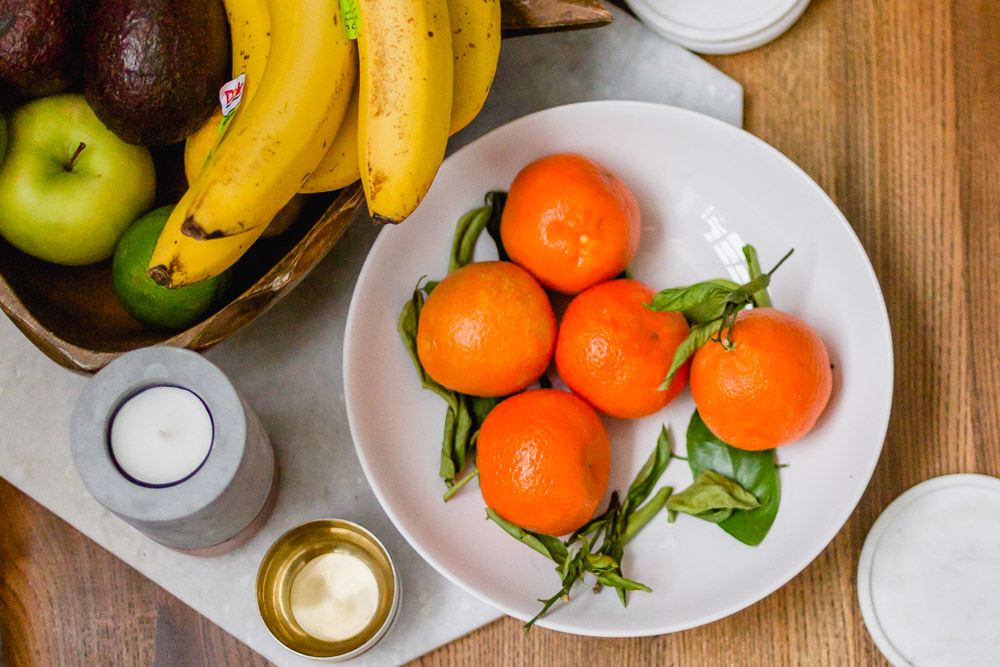 It’s easy to assume that the couple moved here to help with Sophie’s jewellery business Oh My Clumsy Heart, but that’s just a coincidence she says. “It’s more commercial jewellery businesses around here, plus I sell online so doesn’t actually make any difference to me. It just happens to be a good area but it worked out well because it sounds good! I should probably push the fact that I’m a jeweller and live in this quarter!”

It’s actually Jack who gets the most out of the location. “It has more of an impact on what I do as a photographer because there are more independent businesses to shoot.” 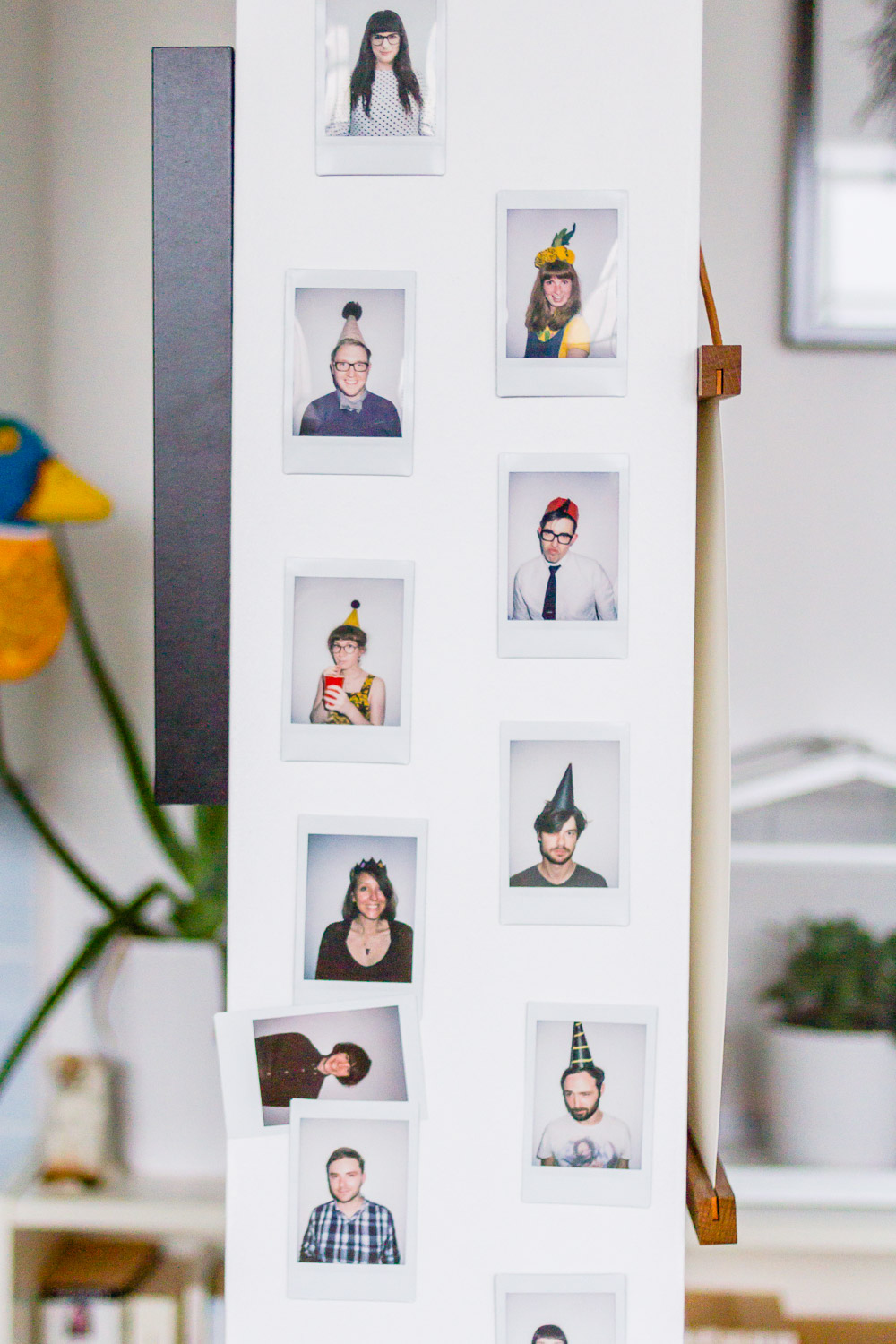 Walking into Jack and Sophie’s apartment felt like a breath of fresh air with its huge warehouse style windows and open plan lay out, feeling airy even though the rooms themselves are so small. “The windows are the best part of the house.” Jack explains. “All the light, SOO much light all year round. The apartment is South facing so you get the whole sun all day.”

Ah, I see, that explains how Jack and Sophie can create such gorgeous, minimal photos all the time. All they need is a white surface and they can snap away any hour of the day. Bastards. So with their light, white box of dreams, how do they make their space unique to them? “By putting polaroids of our friends on the central pillar in the middle of the kitchen.” Jack responds.

Their friends seem to be the most important thing to them, whether bringing them in freelance work or supporting them in their creative endeavours. Sophie and Jack give back by buying their work and displaying it in the apartment.

“I love the photo wall, it’s really important. We’ve got a lot of things that were made by friends, artwork prints and originals. They’re really important to us” reveals Sophie. “They’re precious because one day our friends will be famous and they will be worth loads of money.” Good one Jack. 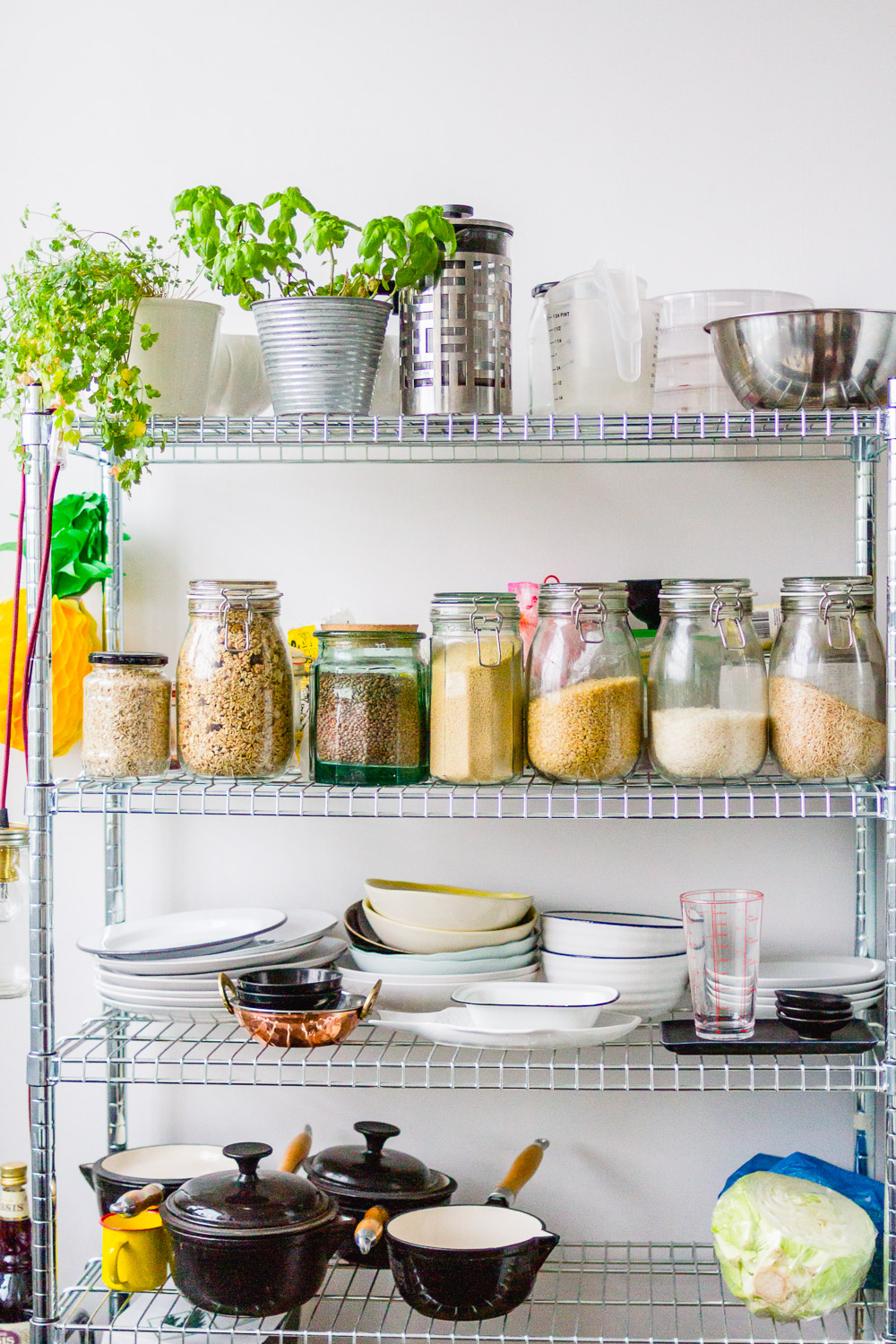 I ask them what else is most special to them in their apartment. For Jack, it’s his bike and for Sophie it’s vintage books. “I collect folklore and old fairy stories like Alice in Wonderland. I’ve got a LOT of them! I’m particularly into Folio Society books which you just keep because they look amazing. I also love my plants, we’ve got a pregnant onion which I’d keep in a burning fire!”

Pregnant onion is just one of the many plants in Jack and Sophie’s apartment, a touch that adds a bit of nature to the modern space and taps into the Pinterest-style #HomeGoals we’re all feeling RN.

But what would they change if they could? “We’d have more space, just one more room for an office and somewhere to sleep guests when they come over so that they don’t have to be in the kitchen.” Or a room for the Guiney-pigs perhaps? “Yeah!” Plan. 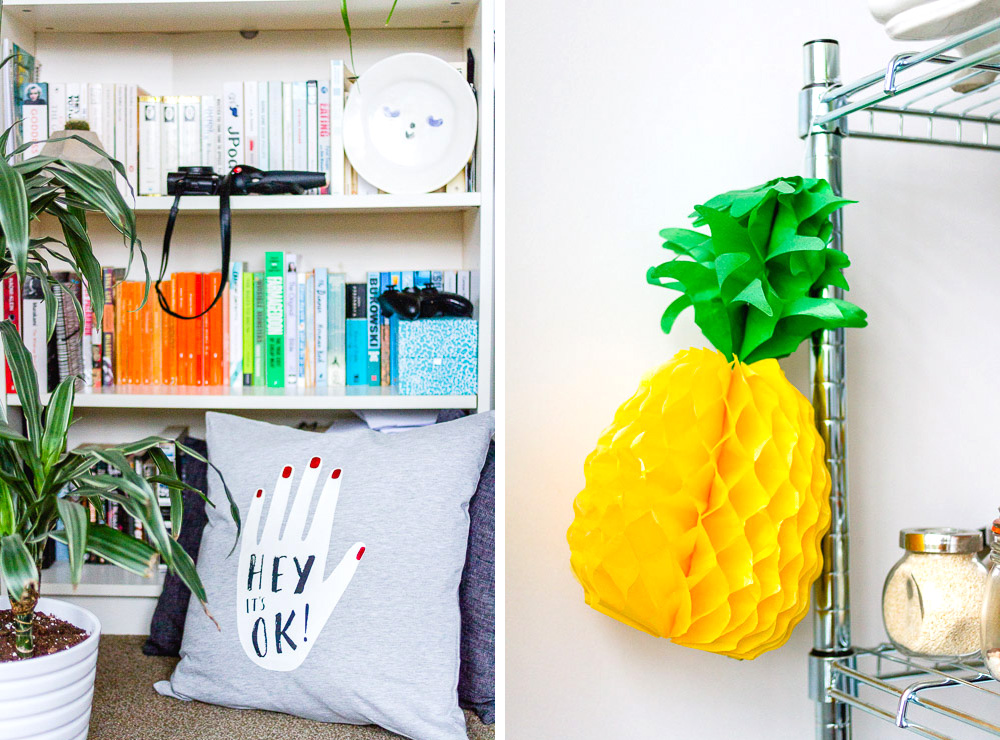 Although I never actually got to see Sophie’s studio, she assures me that I’m not missing out too much now that I’ve seen the apartment. “It’s got the same windows as in the flat above. It’s just an extension of the apartment.”

Apparently, it’s basically one giant windowsill that acts as her desk. “I don’t have a computer set up there so I just take my mac down with me. It’s quite sparse and clean because I like it quite minimal but I do have prints on the walls to give it personality. I have some against the window and 3 big ones on the wall. I’d have plants too but they just die down there!”

Sophie explains that having a studio downstairs definitely encourages her to be more creative. “We’re surrounded by creativity living here, we live and breathe it and we make the most of the space we have.”

When I visited, the couple were hosting a courtyard Christmas party for all their friends and neighbours, most of whom use the studios too. “It’s lovely to know your artistic neighbours,” explains Jack, “but we wish that there were a few more because not everyone does make the most of those workshop spaces.” Missing out people! 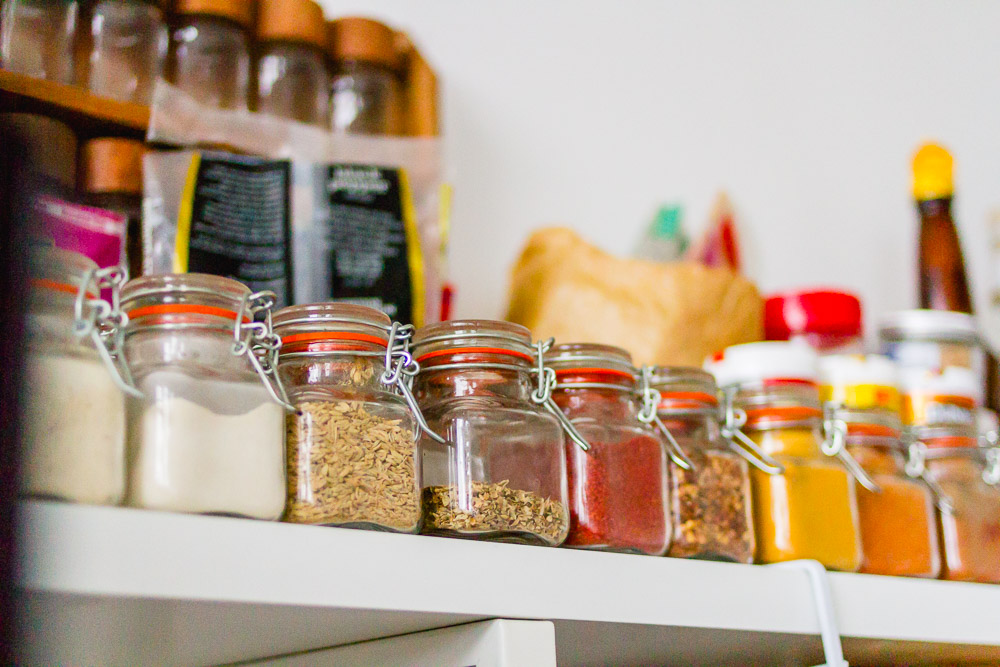 If they moved, would they decorate their new place in the same style? Sophie thinks that “there’s only so much you can do with a place to make it look a certain way. We’d keep the vibe though. It would still have to be all white and then full of loads of plants.” Ok, so basically the same then eh Soph? “I think there’s no other colour that walls should be” confirms Jack. That’s that then.

Sophie likes showing thing off in the space. “Our shelves are all open so I’d like to keep that. I like everything open plan.”

“We like seeing how much is left in our jars!” explains Jack. “But if there were some really good looking cupboards then we’d be happy with that. We just haven’t seen a good one yet, so we just stick to jars on our wire shelving unit. 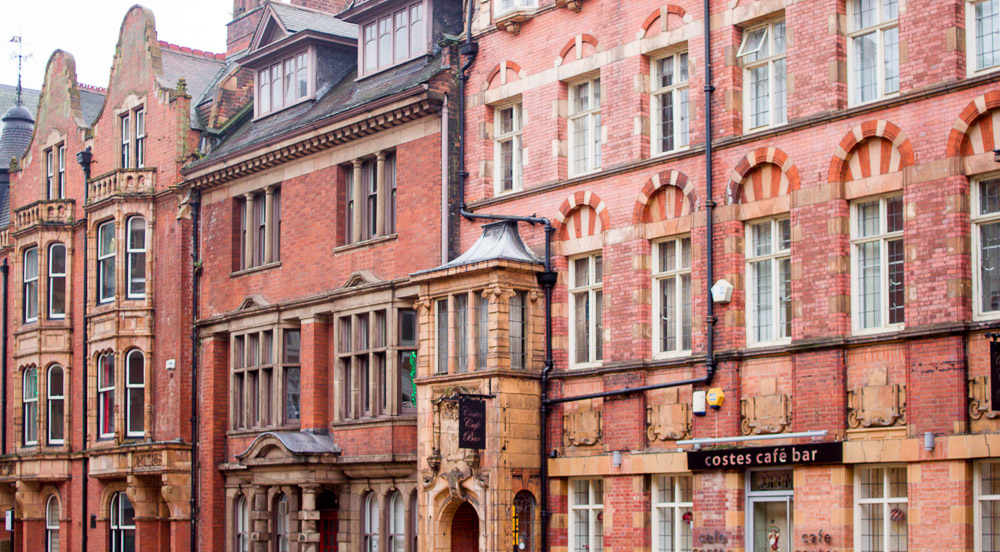 The next day Sophie’s hanging from the party so chirpy Jack kindly volunteers to show me around his ‘hood. I ask him what Birmingham means to him. “I’ve lived here all my life but I could live elsewhere, I’m not precious about it being home.”

What’s keeping him here then? “I love it because I can eat anything I want here! It’s not very fancy and I like that it’s rough and ready because you can find unique, exciting things everywhere you look. There’s so much more than the Bullring! People think we sound stupid so we get a bad rep but Brummies don’t show off, they’re self-deprecating so that they don’t tell you about the good, interesting stuff. We do cool things all the time but we won’t shout about it, we get to keep it to ourselves!” 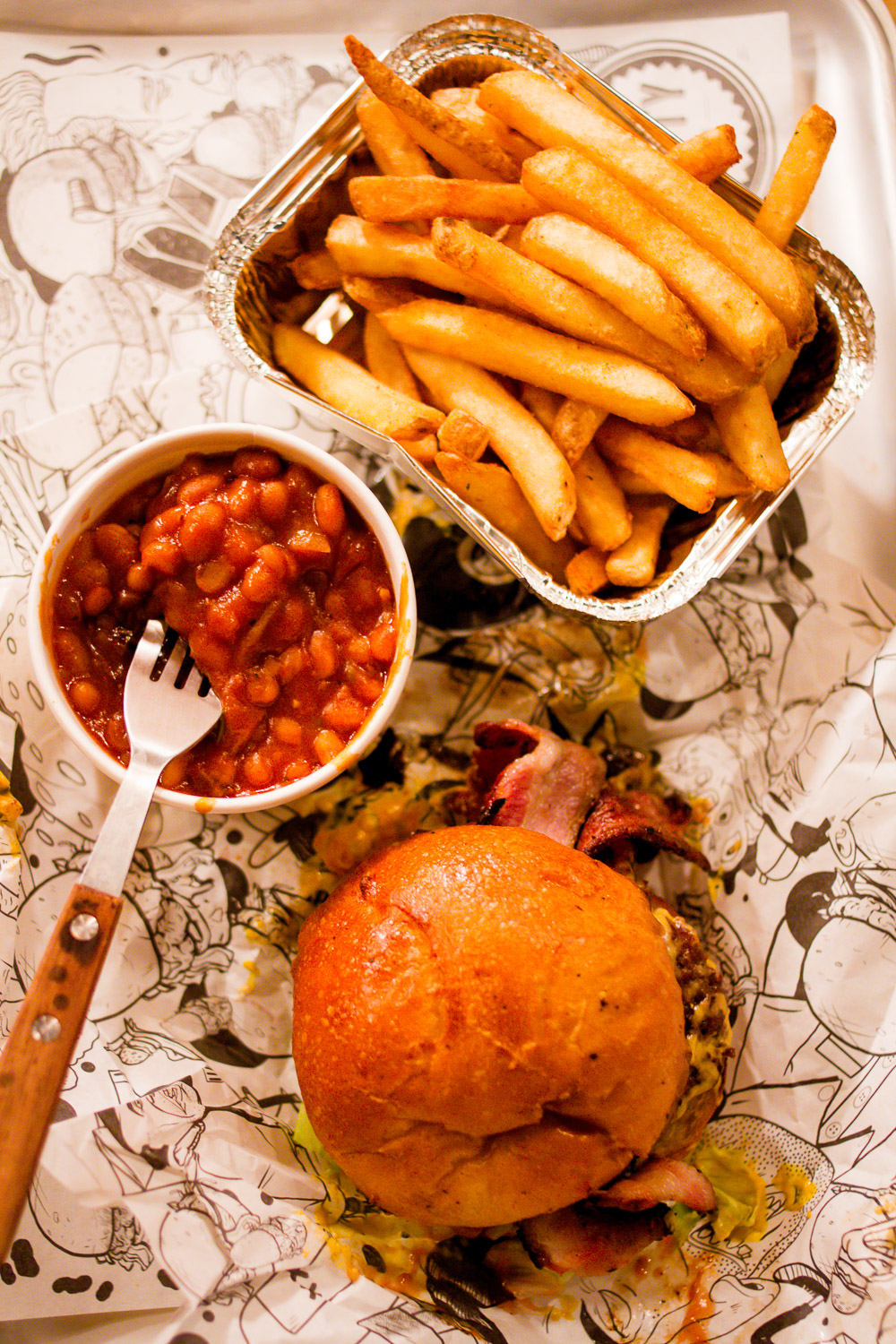 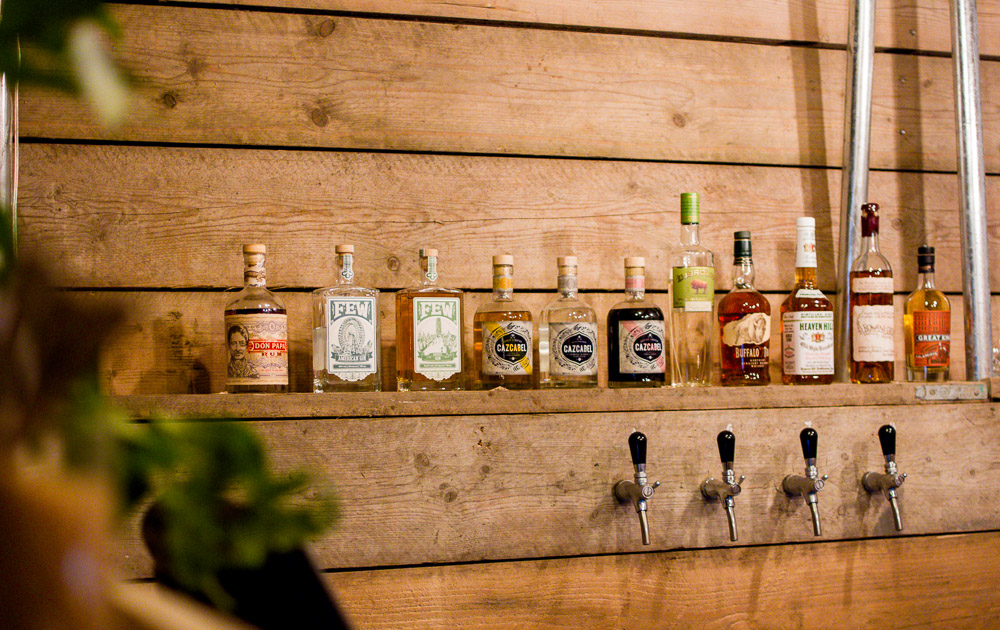 Luckily, that day Jack is in a sharing mood. When I heard at the party the night before that a new burger joint had opened, I forced him to show me. Turns out, it’s the 3rd day in a row that Jacks’ been to Original Patty Men, a secret meaty den under a railway arch on the dodgy side of the bullring, because he’s been taking some shots for the two guys who launched it. Free burgers! The two designers built their own restaurant here after their food cart won ‘best burger’ at the Leeds Street Food awards and I can verify, it was a bloody good spread.

Impressed by the grub, I ask what the other must-visits are. “The Jewellery quarter! It’s got a couple of good museums.” Sophie advises to go up Soho Road, “though you might be a bit scared! There are places that don’t look great but then you’d find somewhere amazing to eat.” 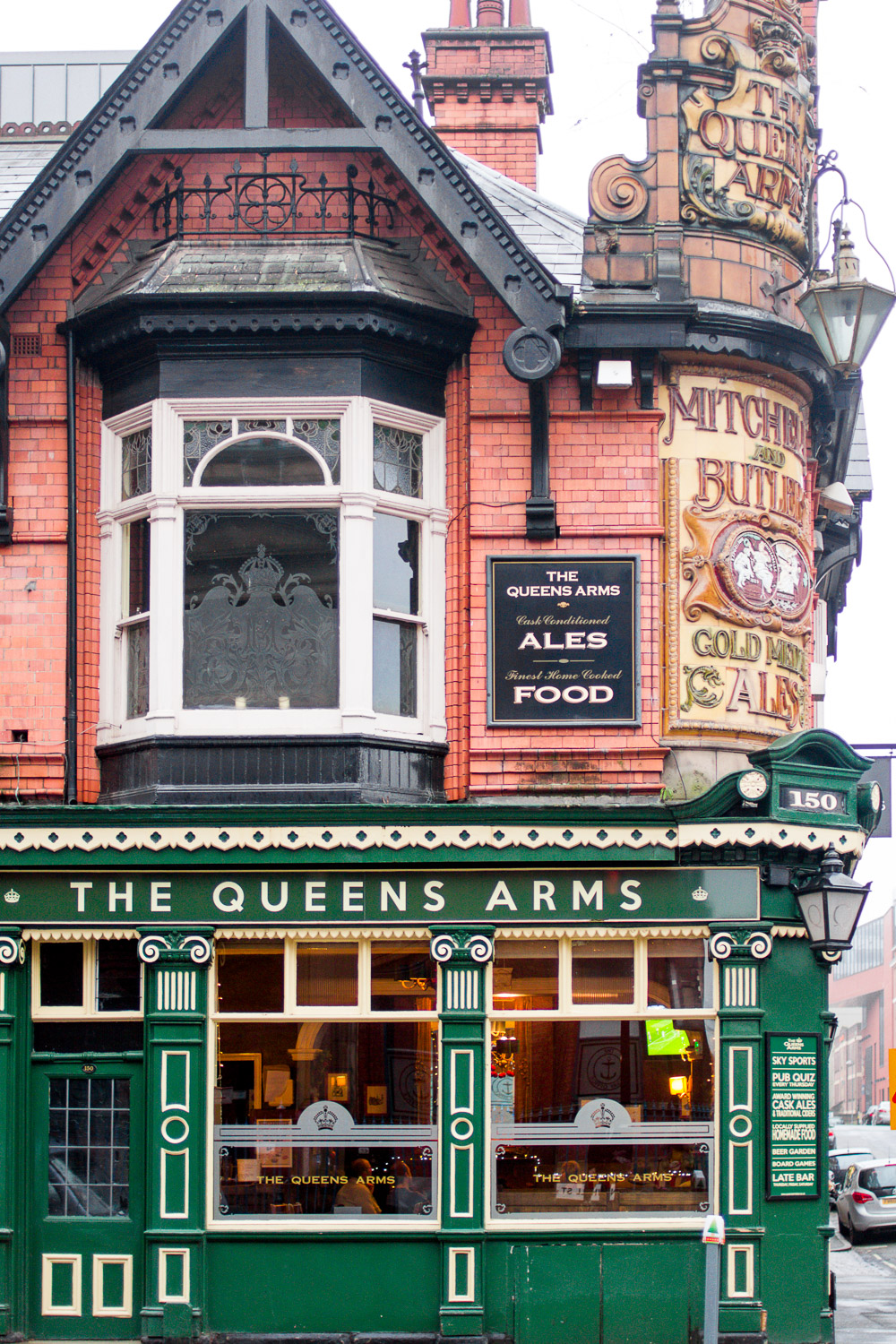 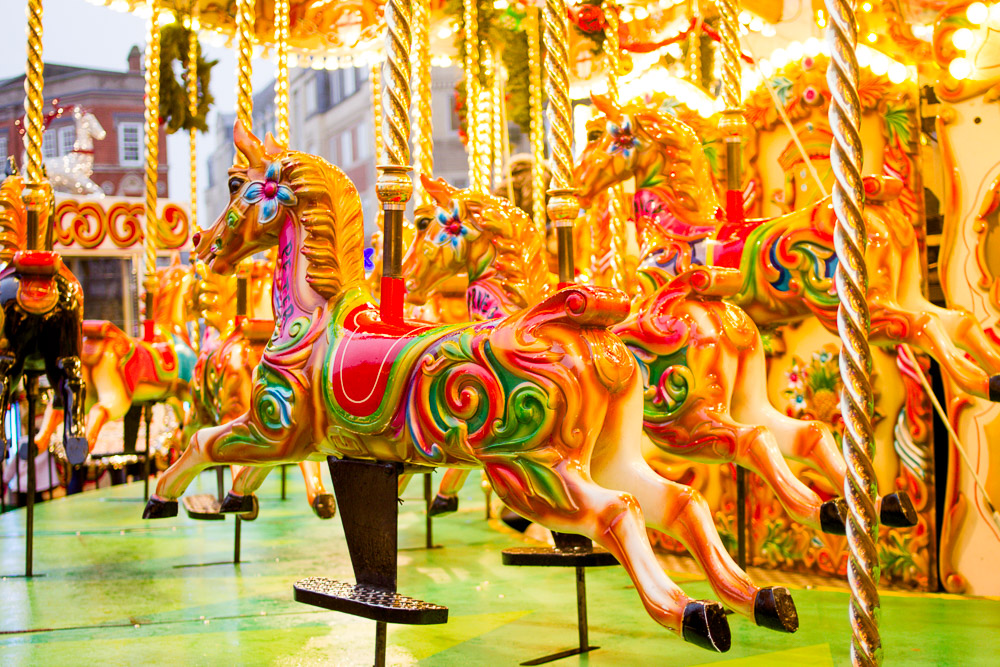 After ambling around taking in old churches and stopping for an Instagram outfit shoot (thanks Jack) it’s time for me to head home. For next time I ask the couple for their top 3 places I have to visit in Brum.

Sophie: “The Museum of the Jewellery Quarter and Sutton Park. It’s massive and full of all different landscapes. We also love Tilt, it’s a craft beer and pinball bar. It’s all gold on the windows and really minimal with exposed pipes and school desks inside. It’s got around 8 pinball tables. We really like it in there!” Take a look at Sophie’s Birmingham blog post for more.

Jack: “Our local Bakery Peel and Stone, The Barbour Institute of Fine Arts, The Cannon Hill Nature Centre and the Donkey Sanctuary.”

And if they could live anywhere else, where would it be? Sophie says Tokyo, Jack says Berlin. Awkward. Best they just stay in Brum. 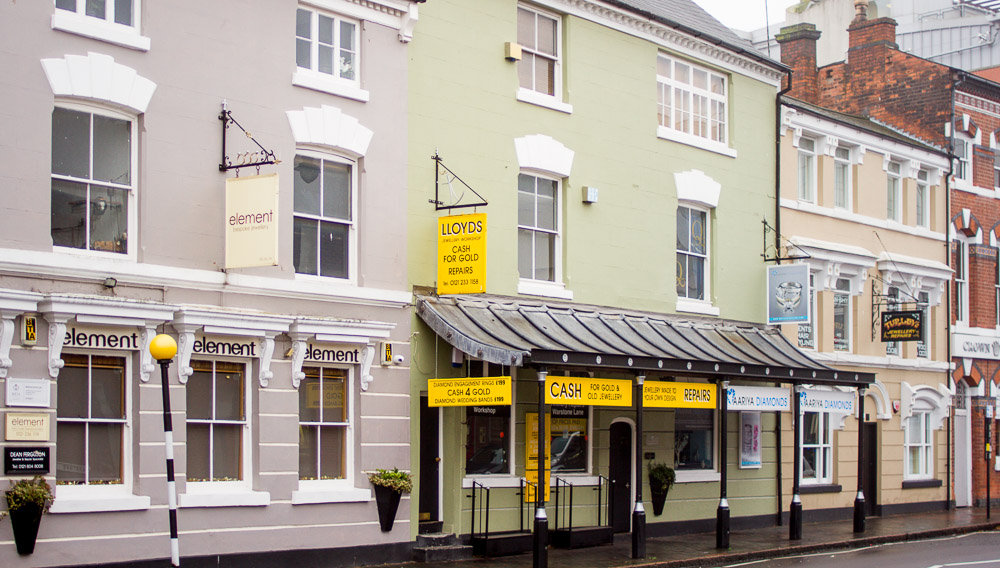 Hope you liked the first of my Shiny Homes! Let me know if you liked it and I’ll be on the look out for more Creatives’ homes to snoop around!