Arthur, The Fringe and Other Stories! 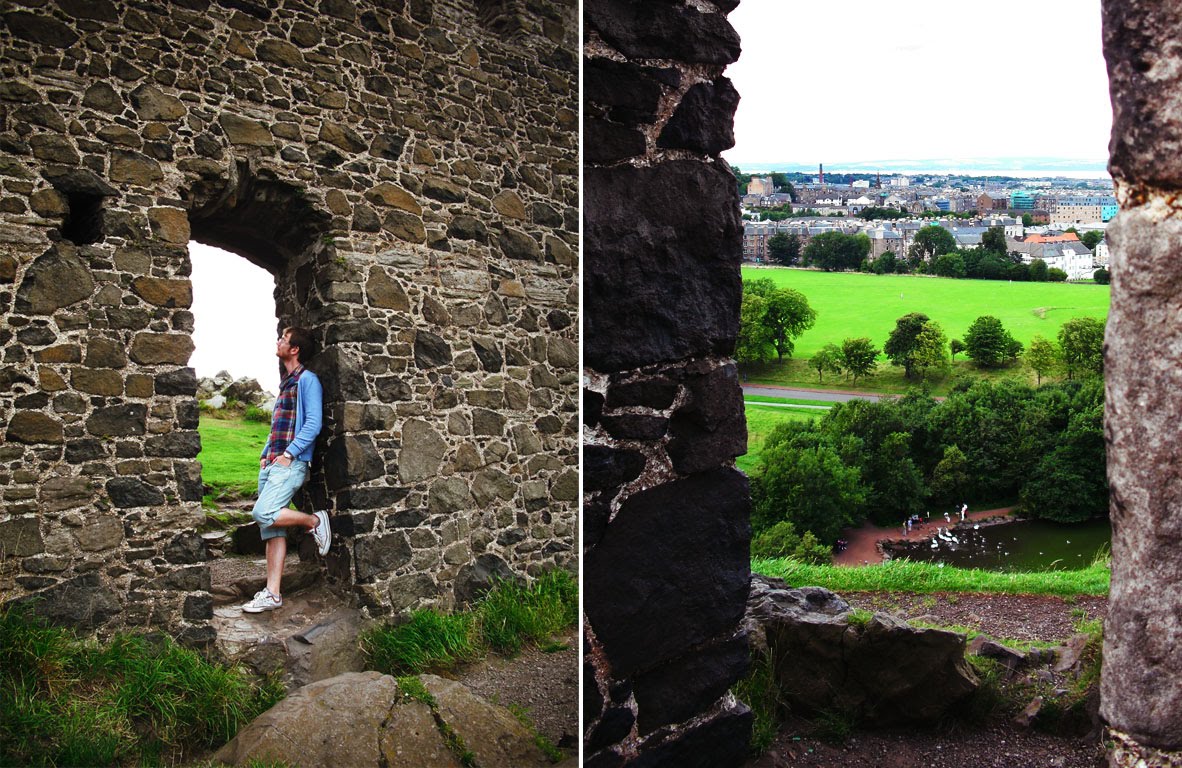 Remains of a little Chapel on the way up to Arthur’s Seat.

For the last 3 days I have been back up in Edinburgh to the Fringe Festival, helping flyer, poster and drum up the crowds to my friends play – Firing Blanks. (Underbelly, 3:35 if you’re interested nudge nudge wink wink)
But mainly it’s been a chance to meet up with the boyf and go exploring extinct volcano’s and wet ourselves at stand-up comics.

I put my brave face on and with a gulp accepted to try and tackle the famous Arthurs Seat, a magnificent volcano plug in a scoop shape that a rather large giant could place his booty in. Climbing wasn’t actually too bad, in fact it was rather exhilarating. I do rather like a bit of geography and wow there sure were some magnificent examples of rock formations to warm my toes with … anywho.. maybe just enjoy the pictures. 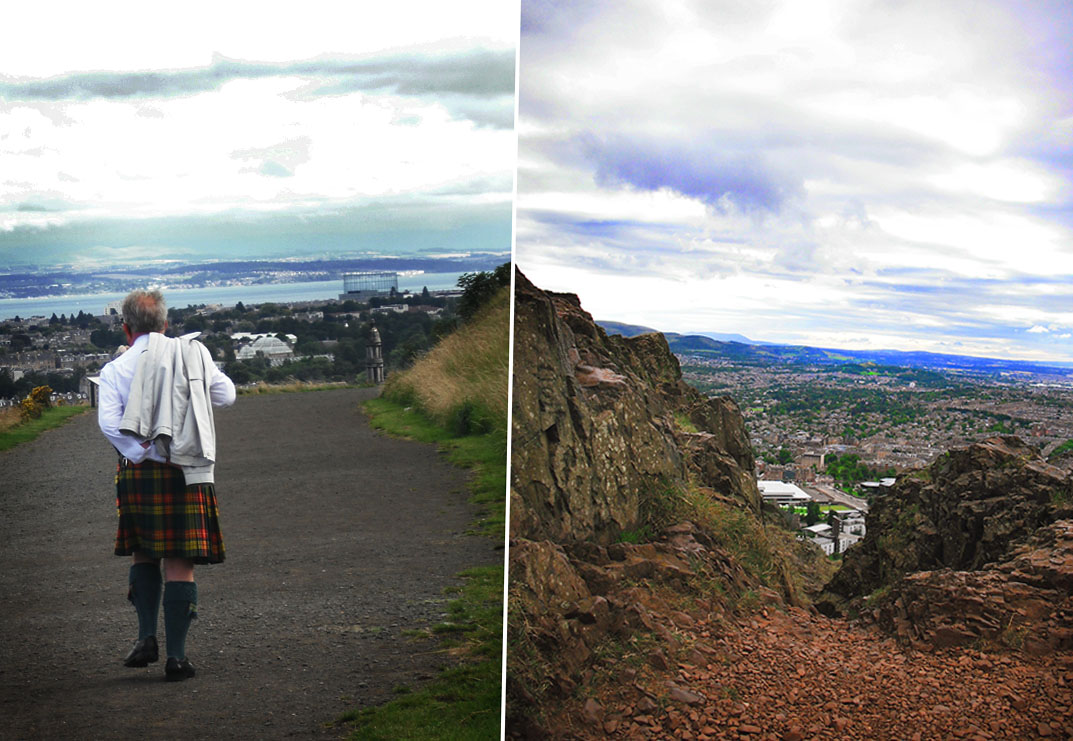 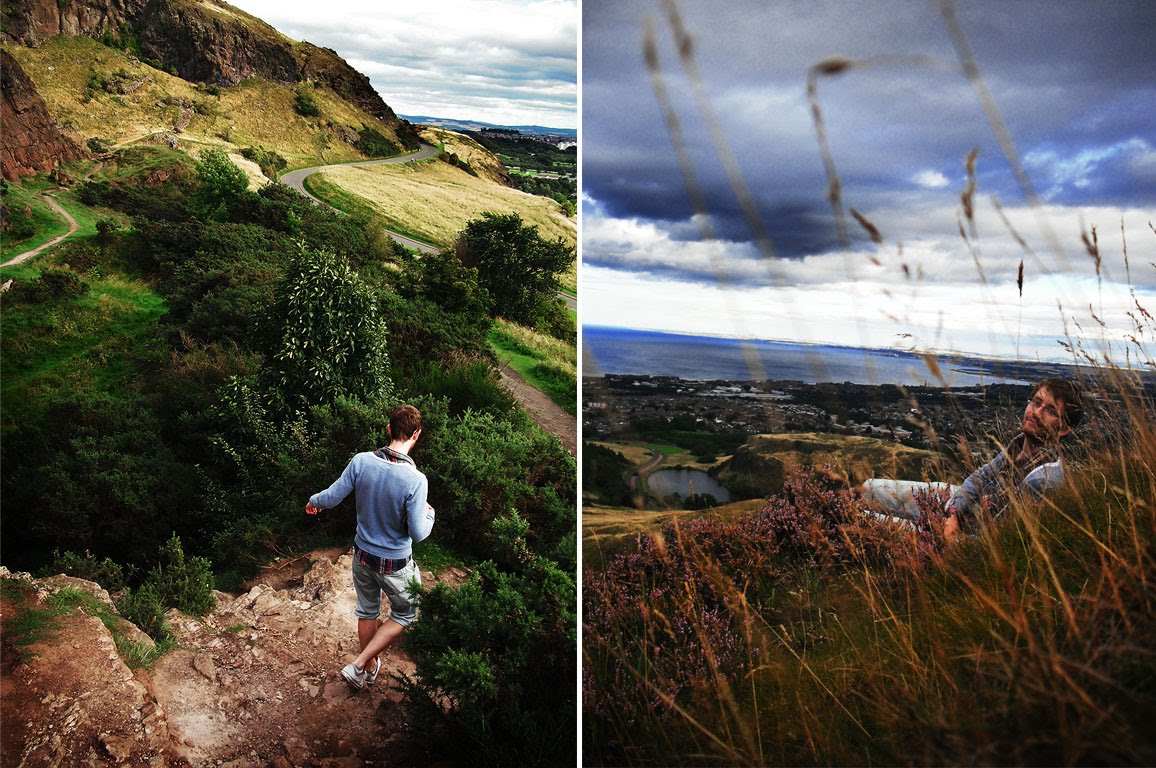 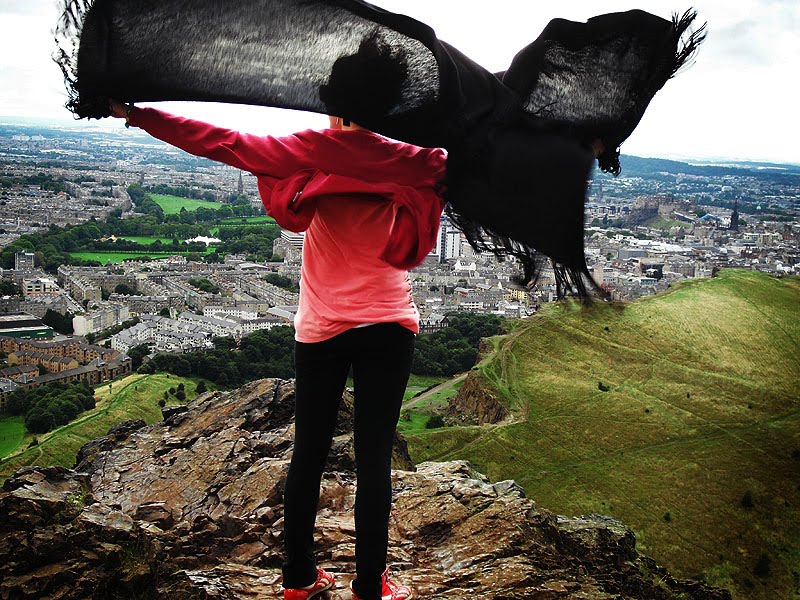 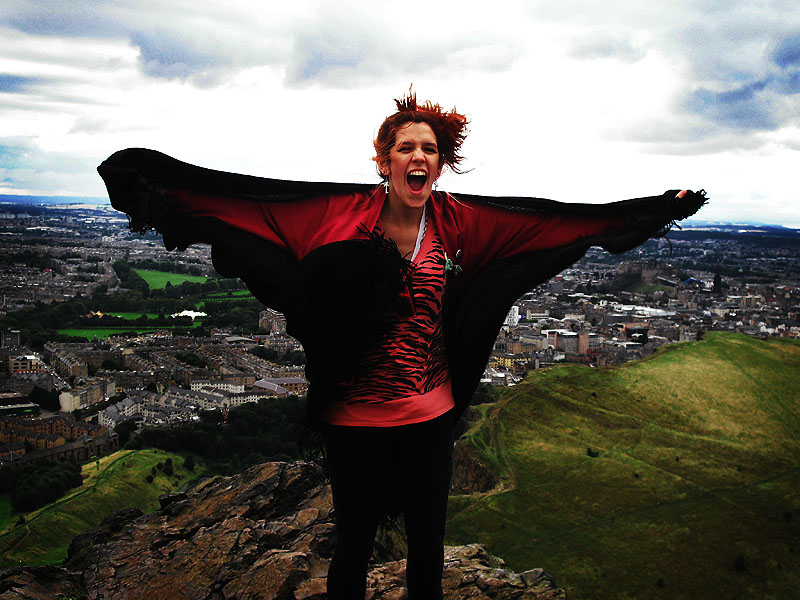 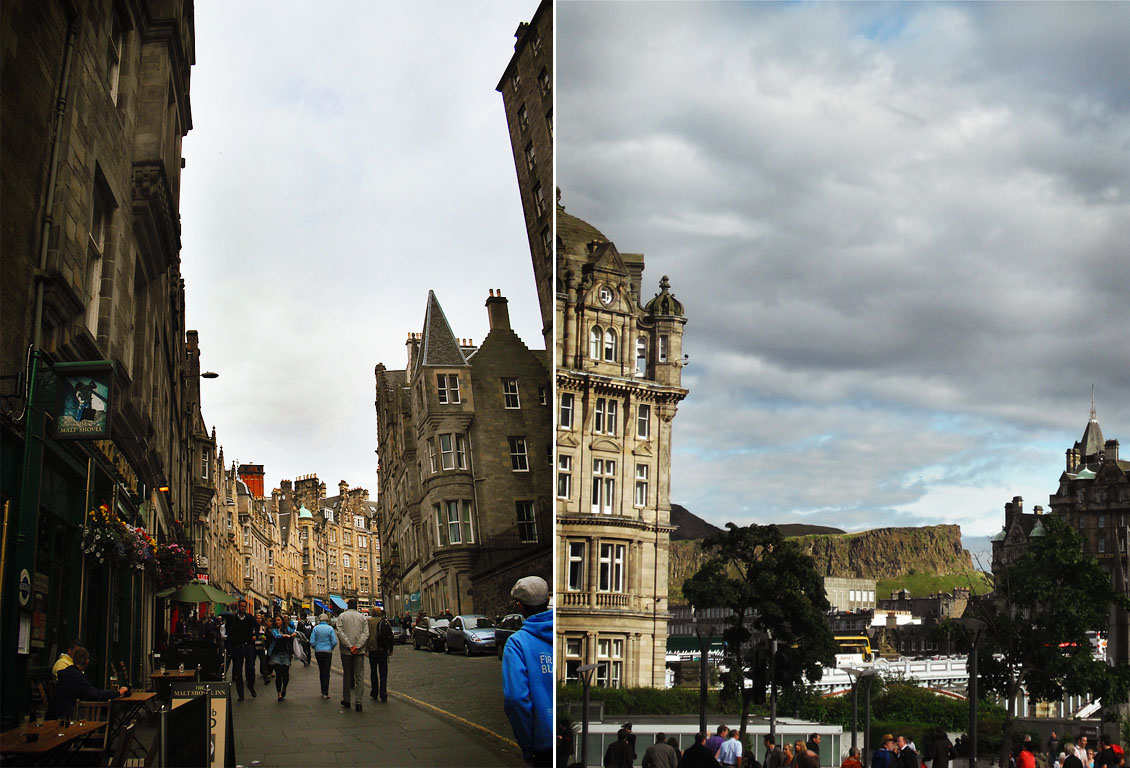 The city of Edinburgh stands strong and proud with beautiful towering architecture. Many buildings have more than 3 floors and a stepping point to the wall which hide the roofs. I love the occasional turrets. On the right, you can see the Dolerite sill which juts out just in front of the ‘Seat’.

But its not all mountains and a ‘frrresh briiiz!’, there’s lots of silly things to see at this time of year too. 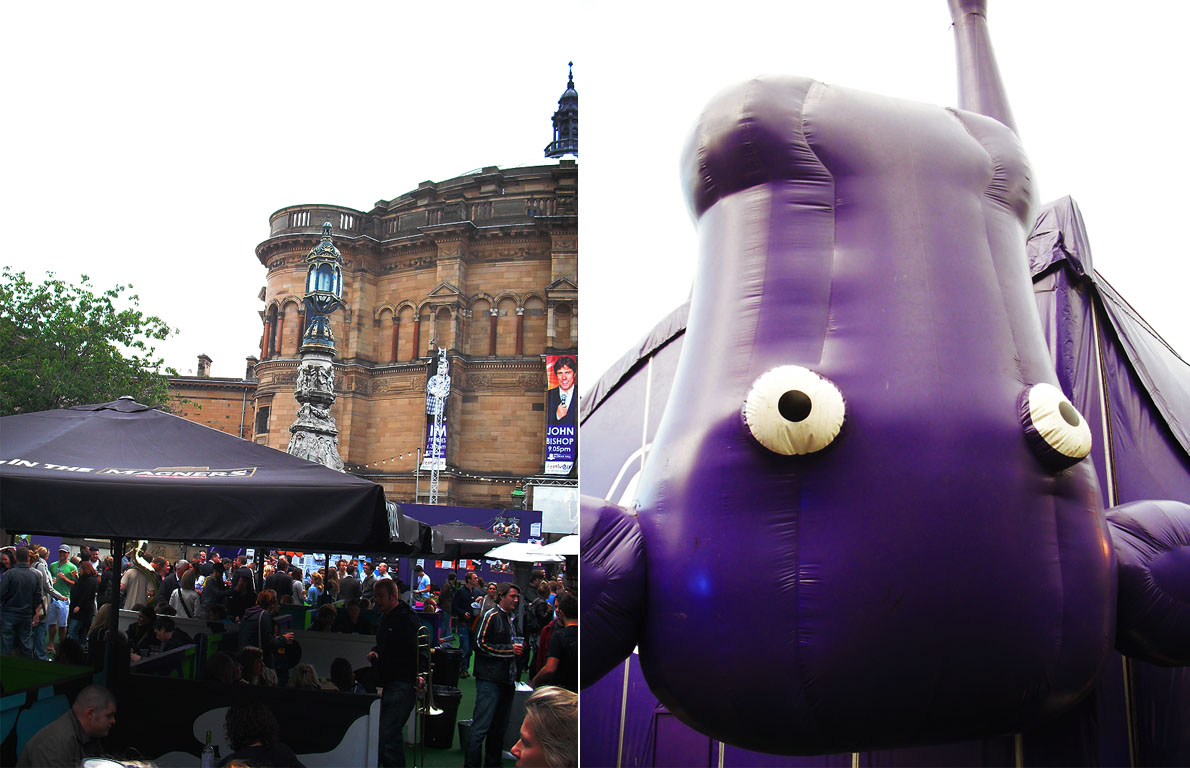 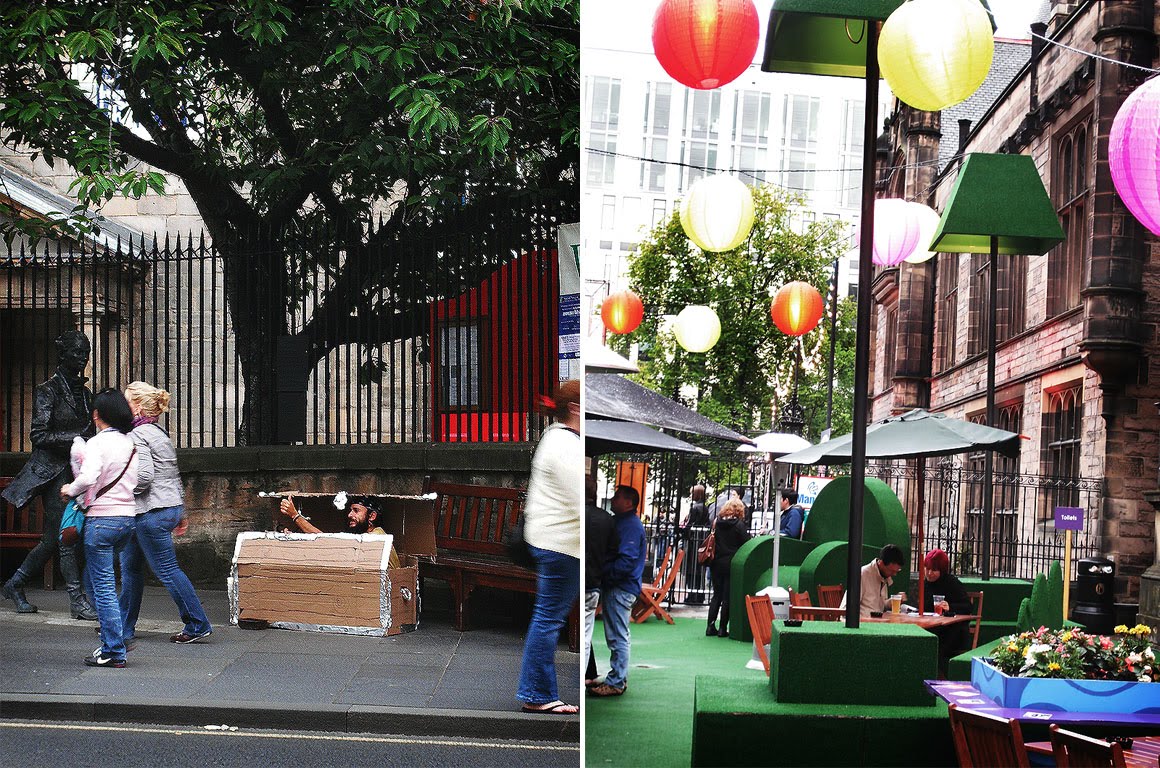 And.. after coming down the mountain and settling down to a cuppa tea, we were treated to a free show: a pirate in a ‘treasure chest’ scaring and ‘arrrr’ing to passers by – Hilarious! On the right, the huge grassy lounge of the Pasture. 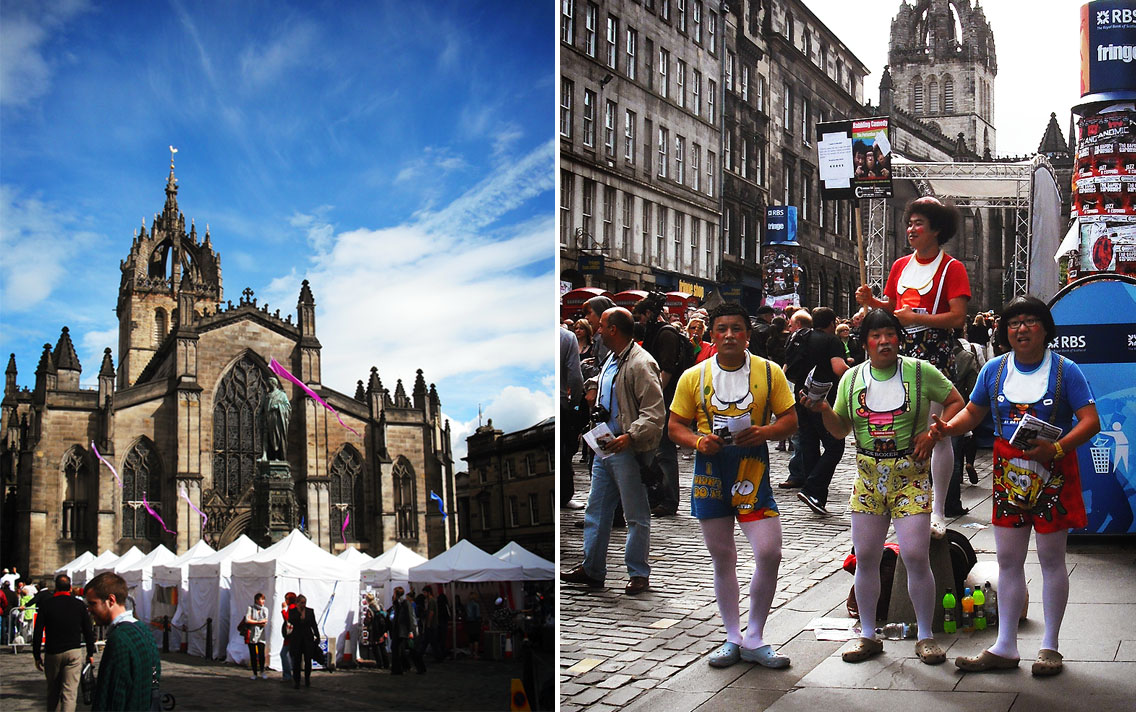 Silly Japanese men on the Mile.. 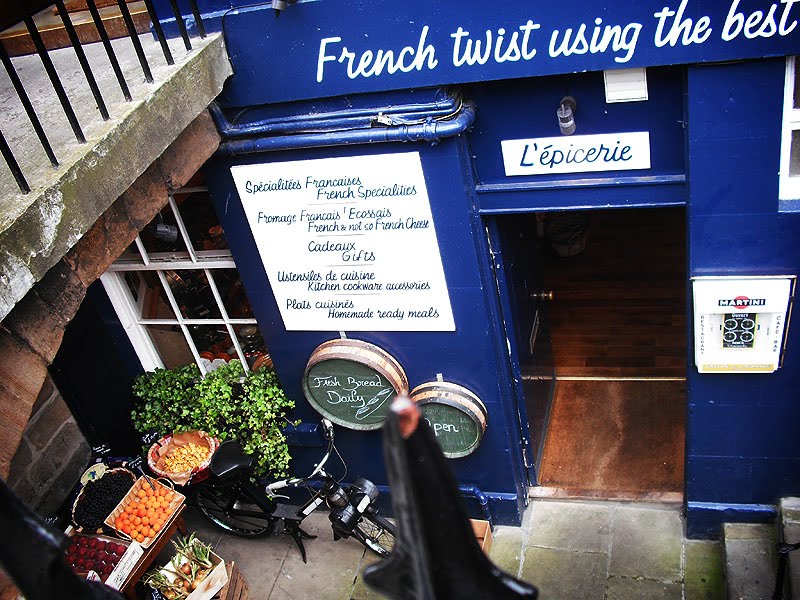 … And, cute places to eat!
Just down this road was a brilliant vintage shop, will show you inside soon but for now, I’m travelling back home 🙁 Till next year!